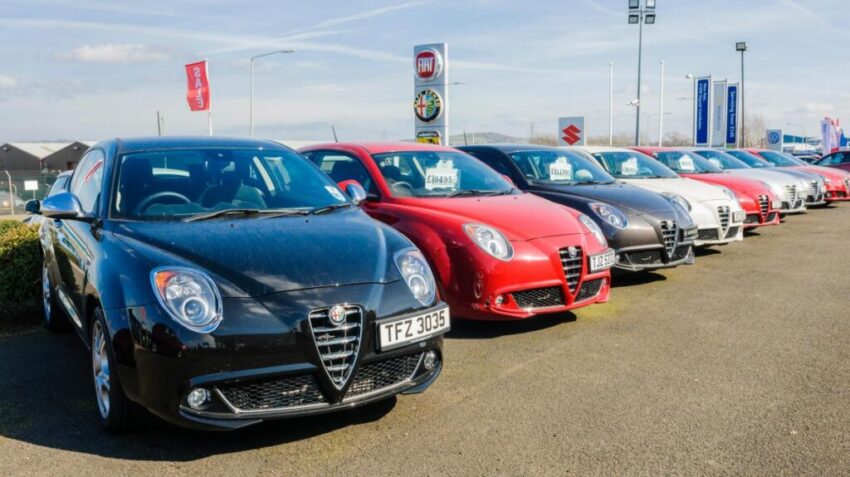 A big bounce back in car sales last month has provided some relief for the country’s motor dealers.

The latest figures from the Society of Motor Manufacturers and Traders show that new car registrations in July rose to 175,000 vehicles, 11 per cent higher than in the same month last year.

Whether this is the start of a sustainable recovery in a trade that is seeing thousands of employees being laid-off by big showroom chains is by no means clear, the trade body warned.

At present sales are running at barely half their 2019 levels in the year to date and the trade is factoring in a 30 per cent fall for the year as a whole from last year’s 2.3 million — itself a drop from the peak of 2.7 million — to 1.6 million.

The big test of whether motor retailing is returning to any form of normality — it has already been through three years of slowing sales because of weak consumer demand around the Brexit economic uncertainty — will come with the registration plate change in September, the biggest car selling month of the year alongside March and its plate change.

In reality the bounce in new registrations is a case of a release of pent-up demand after the reopening of showrooms in June during the pandemic after three months of cratering sales.

In March, April, May and June together there were 240,000 lost sales, compared with the same period in 2019, with the monthly registration drops in April and May 97 per cent and 89 per cent respectively.

The comparative figures for July are not particularly reliable either, because sales in the month and in August tend to be slow ahead of September.

A spokesman for the trade said: “July’s growth is largely due to pent-up demand following showroom closures through the spring, so the growth should be treated cautiously.
“Understanding the true levels of underlying consumer confidence will take a little longer. We may need to wait until September to get the full picture.”

The strong July performance though is likely to end, for the time being, any remaining talk of a taxpayer-funded scrappage scheme in which the Treasury offers motorists — as they did in the financial crisis a decade ago — £2,000 to trade in their old vehicles. Manufacturers desperate to get stock shifting are already offering attractive discounts and deals to lure in consumers.

In any case, the SMMT does not believe scrappage is a particularly good incentive for the UK industry as a whole because it promotes transactions involving smaller and cheaper models out of Korea and eastern Europe and does not support the more-premium vehicles built in British factories. The crisis in UK automotive manufacturing has resulted in 11,000 jobs going in 2020 alone and more than 20,000 over the last couple of years.

In the showrooms there have been 1,800 job cuts at Pendragon, the Stratstone and Evans Halshaw group; 1,500 redundancies at Lookers; and 500 posts gone at Jardines.