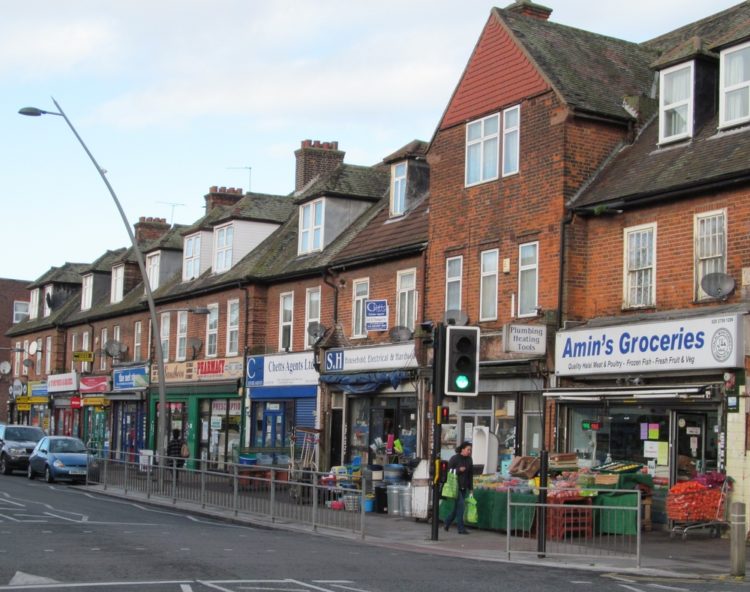 Clothing and shoe shops closed at the fastest rate, while the number of beauty salons, coffee shops, ice-cream parlours and bookshops increased.

Lisa Hooker at PwC, which commissioned the research, said 2017 had been “tough for the British retail industry, especially the second half of the year”.

She said many retailers were increasingly feeling the impact of online shopping, with the fashion business, banking, travel agents and estate agents all losing a significant number of outlets as a result.

The failure of wage growth to keep pace with inflation had also forced many shoppers to think more carefully about their spending habits.

However, Ms Hooker added: “It’s important to remember the British High Street still plays a vital role in society and there are elements of growth amongst the headline numbers of decline.
“For example, almost 400 new clothes shops opened last year, even though over 700 closed. And, while four pubs a week closed, at the same time three a week opened.”

Scotland suffered a net loss of 148 shops, while Wales ended the year with 53 fewer shops. No region of the country saw a net gain.

Lucy Stainton, a senior relationship manager at the Local Data Company, said 2018 would be a year when new entrants and younger brands took advantage of the “shake-out” in retail, seeing it as an opportunity to pick up available property.

Stainton added: “Businesses with a relevant proposition and a strong understanding of their customer can absolutely still thrive in the right locations.

Equally, more established brands who continue to tweak their offer and innovate on the way through will no doubt see positive results and retain their valued place on our High Streets.”

Commenting on the data Adrian West, director of commercial sector, Fujitsu UK and Ireland: “The slowdown in stores opening emphasises the highly digital and mobile market that retailers are operating in today. Retailers mustn’t be disheartened by these figures, as the high street still holds an incredibly important place in the UK’s retail landscape – we have to recognise however that it’s changing and adapt to it.

“A bricks and mortar presence is still relevant. We have seen traditional pureplay brands and retailers make a move onto the high street – Amazon for instance is opening up its own stores, manufacturers such as Apple and Dyson have created a ‘showroom’ experience and even Asos, which has shown a strong bump in sales, has ties to the high street with its click-and-collect services.

“Retailers need to re-think what the in-store experience means to them and their customers. It’s becoming more intrinsically linked with the customer experience; in fact, retailers need to think of them as one and the same, as that is how customers see it. The quality of in-store technology can indeed impact the loyalty of consumers and we’ve found 58 per cent have even chosen to buy a product from a store because of a better in-store experience. Retailers can enhance the store by ensuring that they are thinking digitally with one holistic view over their entire operations, from the shop floor to the back-end systems through to the online store. The high street isn’t dead, it’s just growing up and retailers need to grow alongside it.”