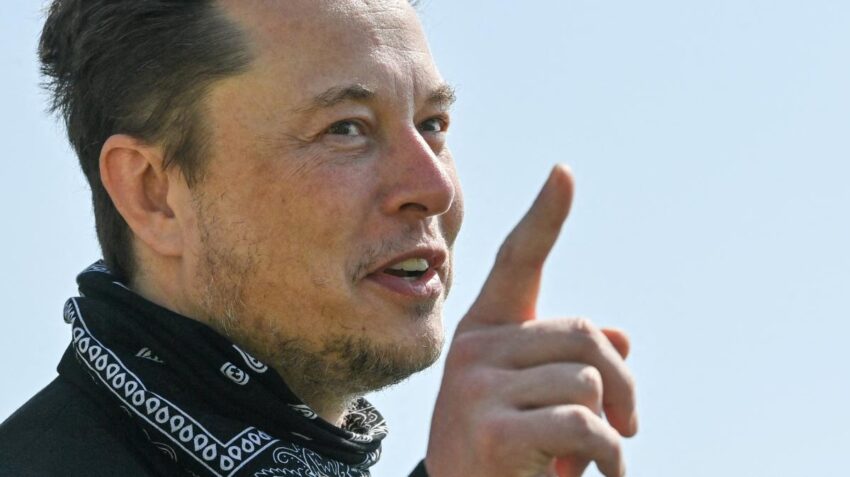 Twitter will appoint Elon Musk to its board as he advocated for “significant improvements” to the social network after acquiring a 9.2 per cent stake.

The world’s richest man, now the group’s largest shareholder, was hailed by its chief executive as a “passionate believer and intense critic” of its platform.

Musk had already launched a poll for his Twitter followers on one proposed change to its format — whether users should be able to edit tweets once they are posted.

Shares in Twitter rose by more than a quarter yesterday after a stock market filing revealed that the Tesla chief had bought 73.5 million shares in the company. News of his appointment lifted the stock even higher today; they opened up $3.29, or 6.6 per cent, at $53.26 in New York.

In exchange for a board seat, Musk, 50, agreed he would not own more than 14.9 per cent of the business “either alone or as a member of a group,” according to a filing.

Twitter is one of the world’s largest social networks and makes most of its money through advertising. The company’s microblogging service was first set up in 2006 and it went public in November 2013. Jack Dorsey, the co-founder, departed as chief executive in November.

Musk is also chief executive of SpaceX, the space exploration business, and has a personal fortune of some $300 billion, according to Forbes, after the extraordinary rally of shares in Tesla, which is now worth over $1 trillion.

Parag Agrawal, who succeeded Dorsey as Twitter’s chief executive last autumn, took to the platform to announce the appointment. “I’m excited to share that we’re appointing @elonmusk to our board. . . Through conversations with Elon in recent weeks, it became clear to us that he would bring great value to our board.

“He’s both a passionate believer and intense critic of the service which is exactly what we need on @Twitter, and in the boardroom, to make us stronger in the long-term. Welcome Elon!”

Musk replied: “Looking forward to working with Parag & Twitter board to make significant improvements to Twitter in coming months!”

The billionaire, who last year posted a meme which seemed to suggest Dorsey had been purged by Twitter, is now working with his successor. In recent weeks, before his investment was disclosed, he called into question whether the company was adequately supporting free speech and claimed he was giving “serious thought” to developing a rival platform.

Twitter has faced heightened political scrutiny, particularly after the decision to permanently suspend President Trump. It has also struggled in the face of fierce competition from large rivals such as Facebook and Instagram, owned by Meta Platforms, and rapidly growing platforms such as TikTok. The company has pledged to boost its annual revenue to $7.5 billion by 2023, up from $5.1 billion last year, and expand its audience from 217 million daily users to over 315 million.

Its management is reluctant to make knee-jerk decisions, however. “The consequences of this poll will be important,” Agrawal, 37, cautioned users after Musk launched his vote on whether Twitter should add an “edit” button to posts. “Please vote carefully.”

Daniel Ives, technology analyst at Wedbush Securities, said: “Clearly a passive stake is just the start of his involvement in Twitter. We believe Musk joining Twitter will lead to a host of strategic initiatives which could include a range of near-term and long-term possibilities out of the gates for the company still struggling in a social media arms race.”

Academics and former securities officials said Musk may have missed a key disclosure deadline when he bought his Twitter stake. He disclosed his holding in a filing which said March 14, 2022 was the date of the event that required the statement.

American securities law requires disclosure within ten days of acquiring 5 per cent of a company, which in Musk’s case would be March 24. A late report could lead to a per-violation civil penalty of up to $207,183, when adjusted for inflation, according to Urska Velikonja, a law professor at Georgetown University Law Center.

“This is not really a gray area. He acquired it and didn’t file within ten days. It’s a violation. And so this is a slam dunk case from the SEC perspective,” Adam C. Pritchard, a law professor at University of Michigan Law School, said.