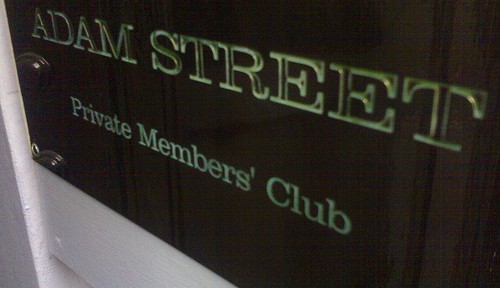 The Adam Street Club, which has become a magnet for some of the UK’s brightest entrepreneurial talent for networking and relaxation when in the capital, has been threatened with eviction after the building’s owner HBOS decided to sell it for residential use.

The campaign to save Adam Street has now gained the backing of shadow business secretary Chuka Umanna, who recently hired rooms in the club for an event as a mark of his support.

“The Adam Street Club is an important hub for entrepreneurship in London,” he said. “We need more places like this, rather than seeing them close their doors.”

Mark Field, MP for Westminster, has also taken up the club’s cause and has written to Lloyds Banking Group, owner of HBOS, asking it to review its decision.

Several of the countries highest profile entrepreneurs, such as Michael Acton Smith of children’s social networking site Moshi Monsters, this month joined together for an evening to show their support for Adam Street.