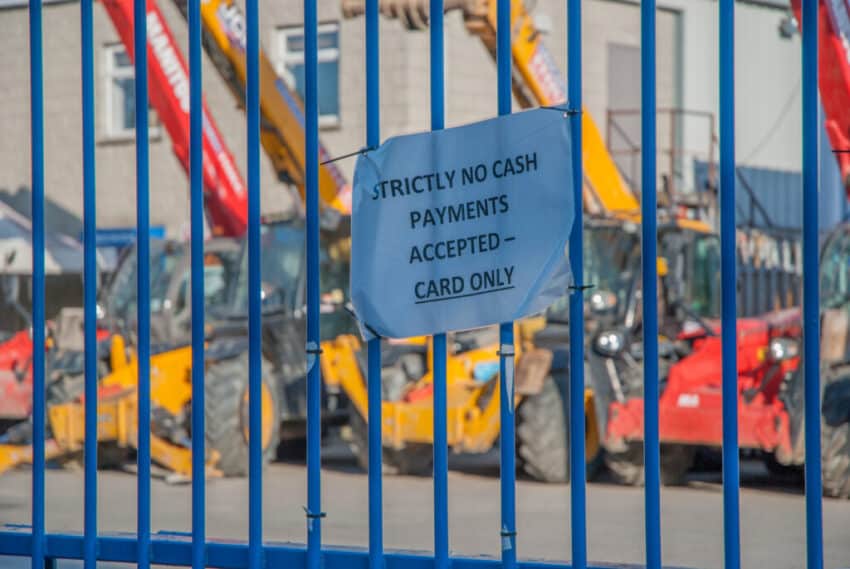 More than a third of shoppers have been blocked from paying with cash since the start of the Covid crisis, prompting calls for urgent action to protect the millions who rely on the UK’s “critically endangered” cash network.

The consumer group Which? said mixed messages about the safety of cash was partly to blame. The Bank of England has since clarified that “any risk from handling cash should be low”, especially when compared with touching shopping baskets, self-checkout screens or products in stores.

About 34% of shoppers surveyed by Which? said they had been turned away on at least one occasion when they tried to pay with cash since the first Covid lockdown. Shoppers were most likely to be refused cash payments when they bought groceries, which accounted for 28% of incidents, though pubs and restaurants accounted for 24% of cases. About 21% of cases were linked to consumers trying to buy cleaning products, which have become even more essential since the outbreak.

Which? wants the government to track the number of businesses that have scrapped cash over the past year, warning that the trend could undermine the Treasury’s efforts to keep cash from disappearing.

Its survey suggests 10 million people across the UK – including elderly and vulnerable consumers – rely on cash and would struggle without it.

Natalie Ceeney, the chair of the the Access to Cash Review, said: “This is cause for concern. The figures show that it’s not simply the odd coffee shop going cashless, but this is creeping into the wider economy.”

Last year, the Treasury said it was considering changing rules that would allow shops to offer cashback without a purchase and would put the Financial Conduct Authority in charge of overseeing the UK’s cash system.

However, there are growing concerns that the government has failed to act quickly enough, and that its efforts could be undermined by the falling number of businesses accepting cash.

The Which? money editor, Jenny Ross, said the government “must urgently make the FCA responsible for tracking cash acceptance levels. Failure to do so will see the cash network crumble and leave millions of people abandoned.”

In one case found by Which?, James Boswell, a diabetic, was urgently trying to find food when his blood sugar levels dropped after being stuck in traffic on the M25. However, Boswell was turned away at both Nando’s and El Mexicana restaurants when he was only able to offer cash, despite explaining his situation.

A Nando’s spokesperson said the chain was only accepting app-based payment because of Covid safety measures, but apologised and said an exception should have been made in Boswell’s case. El Mexicana said it would reintroduce cash “when we think it’s appropriate”.

The Age UK charity director, Caroline Abrahams, said cash was essential for millions of older people who may need to pay back carers who did their shopping, or use it as a backup if they were not online.

“During these uncertain and worrying times, these are the people who need continuing access to a convenient and affordable payment method they can trust,” she said.

“We are now hurtling towards a cashless society without enough consideration for the many people who will be left behind.”

Ceeney said individual businesses were not solely to blame and many were going cashless because local bank branch closures made it harder to deposit cash.

“The government needs to urgently legislate to protect the viability of cash – as it promised to do so last year,” she said. “Time is running out.”

The Treasury said: “We are working closely with the financial regulators to monitor the risks around cash through the pandemic. The government is already looking at cash access issues – including cash acceptance – and we’ll set out the next steps in that process in due course.”