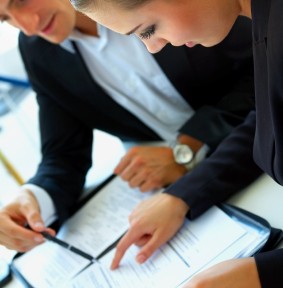 2011 presented a wide range of unexpected threats to the operations of UK organisations, according to research published by the Chartered Management Institute (CMI) today.

While winter weather was the most common cause of organisational disruption for the third year running, other significant business disruptions included the public sector strikes which caused problems for over than half questioned, the Blackberry outage, at just below 40 per cent, the summer riots, natural disasters such as the Japan earthquake and tsunami, and international social and political unrest such as the Arab Spring uprising all brought with them their own business problems.

Planning for the Worst, published in association with Aon, the British Standards Institution, the Business Continuity Institute and the Civil Contingencies Secretariat in the Cabinet Office, examines how prepared organisations were for unexpected and damaging disruptions to their day-to-day operations over the past year. The findings, released ahead of Business Continuity Awareness Week, suggest that this wide range of threats has prompted Business Continuity Management (BCM) to become increasingly adopted in the UK.

Christopher Kinsella, Acting Chief Executive of CMI, said of the findings: “Today’s report shows that UK organisations are affected by a huge range of organisational challenges, many of which are entirely out of their hands. Yet with good management, the impact of these disruptions can be kept to a minimum.”

“It is encouraging to see that Business Continuity Management is increasingly becoming a key part of organisational good practice, but there is clearly more to be done – especially in the private and not-for-profit sectors, and amongst micro and small organisations. With major events such as the Diamond Jubilee and the Olympics on the horizon, as well as continued international unrest and the threat of further strikes, no organisation can afford to be complacent.”

The report also shows clear advantages for organisations which do have plans in place to deal with crises when they hit. Of those who had to activate plans in 2011, 81 per cent agreed it reduced disruption and the same number stated that any cost in developing plans is justified by the business benefits they bring.

Stuart Sterling, Assistant Director – Corporate Resilience at the Cabinet Office’s Civil Contingencies Secretariat, said: “For the second year running, the report shows an increase in the number of firms with business continuity arrangements in place. There will always be speculation as to the reasons for this, such as the winter weather or summer disruptions on the streets making more businesses think “what would I do if that was my business?” However, the most compelling finding in this year’s survey is that over eighty per cent of organisations that activated their business continuity arrangements in the past year said that they were effective in reducing disruption. In summary: business continuity works.”