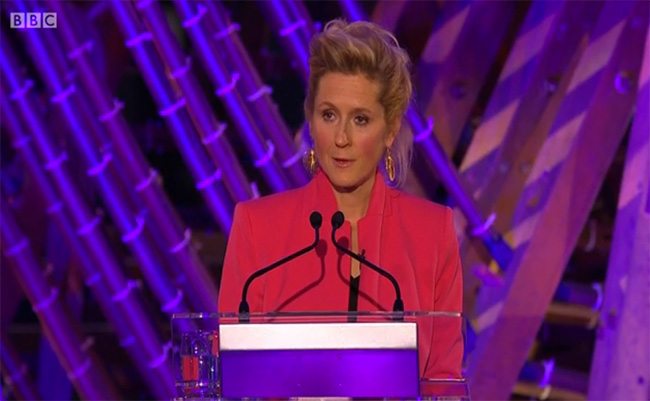 The co-founder of Lastminute.com said about 96 per cent of the world’s software engineers are men, and that, years on from its inception, the internet is repeating the same “hierarchies” seen in much older institutions.

Lane Fox said there is the potential for women to embark on “taking back the internet” and to make it more diverse.

Speaking at Southbank Centre’s Women of the World festival in London, she said she remembers the late 90s as an exciting time.

“I look around and I think goodness me that’s so surprising. I am so still energised by what the internet enables.

“It does of course increase different voices. There are more capacities to connect with more people around the world than ever before.

“More exciting businesses have been born. Things have changed. There is a huge amount of good.
“But there is one irrefutable fact at the centre of all of this. And that is that the internet is still run, funded, and made by men,” she said.

The businesswoman said in the UK, out of all the people who work in the internet sector, 17% are women, and she pointed out that in the House of Lords 23 per cent are women.

“There’s something wrong here in an industry that didn’t exist 30 years ago and has so quickly replicated exactly the same hierarchies,” she said.

Lane Fox said she thinks the UK has a huge opportunity and mentioned the initiative 5050tech, which aims to create a new cohort of women engaged in the digital world.

“We’re a small country. We have a skills crisis,” she said, adding that women who are out of work could be skilled up for the internet sector.

“I think we could have a groundswell for taking back the internet and making it more diverse. Going back to that original promise that I was so excited about as a young woman aged 25,” she said.

Meanwhile, Lane Fox had the crowd laughing as she recalled a work trip in her 20s when she was sent to Tokyo to speak to a company that was creating a high speed network.

“I sat there, a bit nervous, and into the room walked, guess what, 15 men all in suits and I thought ‘oh dear’,” she said.

Lane Fox told the crowd that the men’s first PowerPoint slide said: “We will tell you about the Penis Network.”

She said: “I was absolutely gobsmacked. And I have no idea to this day whether it was a joke or whether or not it really was true that they were building Penis Network.”

She then joked: “The internet is the Penis Network. It’s come full circle again.”