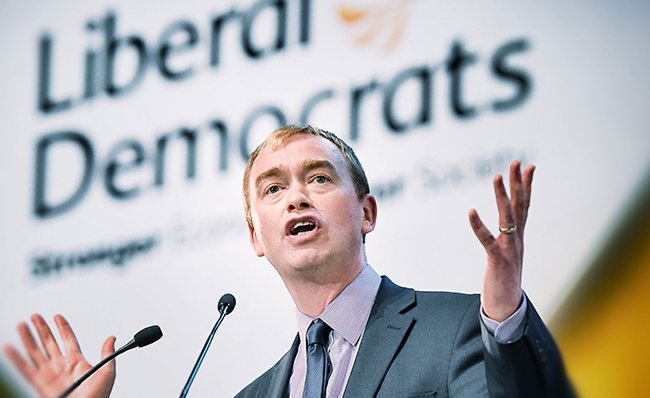 The Liberal Democrat leader will promise to put help for small firms at the heart of the party’s economic policy.

And in an echo of the approach the Lib Dems have previously taken on low earners and income tax, Mr Farron will set a target of taking the smallest firms out of the tax system.

The recent agreement by Google to pay £130 million in back taxes was initially hailed as a success by Chancellor George Osborne but was subsequently branded “disproportionately small” by the Public Accounts Committee of MPs.

Speaking at the Lib Dem spring conference, Mr Farron will say: “We currently have a broken tax system that allows Google and Facebook to negotiate for months, yet small businesses can’t even get through on the phone.

“It’s time we transformed the way we treat small business in this country.

“Instead of Government fawning over the conglomerates, and getting to small business later, how about putting small business at the centre of our business economy.”

Mr Farron will tell the conference he has asked former Business Secretary Sir Vince Cable to lead a panel looking at the reform of business taxes.

Ahead of Wednesday’s Budget, he will accuse Chancellor George Osborne of using the public finances as “political theatre” and brand his “long term economic plan” a “short term political scam”.

He will say: “Thanks to the tough choices we took, the structural deficit will be abolished by next year.

“So, the UK now stands at a crossroads.

“Osborne is taking an unnecessary political choice to cut further.

“If the Chancellor really wanted to help the economy, he would invest in, and help our local communities.”