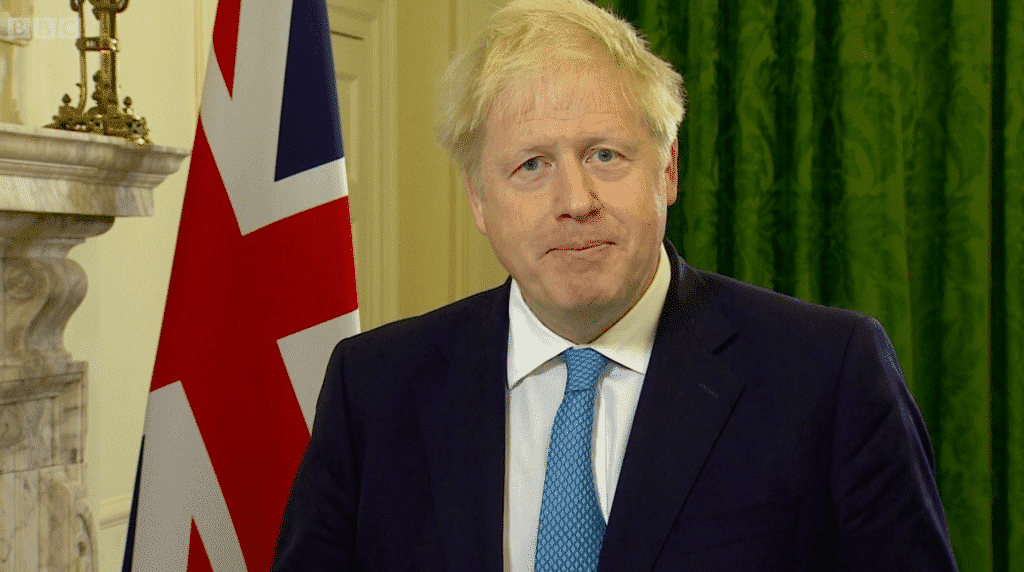 Boris Johnson spoke to Andy Burnham after the noon deadline passed for Greater Manchester’s civic leaders to come to an agreement over harsher Covid restrictions.

The prime minister is widely expected to announce that the region is moving into the highest Tier 3 category at a press conference today at 5pm.

It remained unclear, however, whether the government and Mr Burnham and other mayors and council leaders had agreed a package of additional support for a region covering 2.8 million people.

Ministers have offered an additional £22 million for enhanced contact tracing and enforcement and Mr Johnson’s official spokesman said that more money to support the local economy was on the table. It has been reported that Greater Manchester’s leader have asked for a package worth £75 million.

“We do of course recognise the impact the measures will have on the lives and livelihoods and that’s why we have been working with the local political leaders on support packages which are basically tailored to their areas,” said Mr Johnson’s spokesman.

The move comes as the Office for National Statistics said deaths from Covid-19 had increased again in the week to October 9. There were 438 coronavirus deaths in England and Wales, up from 321 the week before and 215 the week before that — continuing a trend in which numbers are doubling every fortnight.

The ONS counts deaths where Covid-19 is mentioned on the death certificate, regardless of whether the person tested positive for the virus. This means they are among the most complete records of the impact of coronavirus, but that they come with a lag because of the time needed to register deaths.

It said the total number of deaths in the week ending October 9 in England and Wales was 9,954, up nine on the week before, and slightly above the five-year average. The region with the largest number of deaths was the northwest, with 153 deaths.

Mr Burnham said he still wanted “to work to try and get a resolution” ahead of meetings with other local leaders today, adding that they would not “break the law” and would accept the decision if the region moved into the “very high” alert level.

The Greater Manchester mayor told BBC Breakfast: “I do worry that if the government is going to go down this route of imposing these punishing lockdowns on local areas, I think it will lose the public support that it will need to try and help us all as a country rise to the fight against this pandemic this winter.”

The region’s leaders were warned in a letter last night from Robert Jenrick that the area had a weekly coronavirus rate of 412 per 100,000 people — a rise 335 per cent from the previous month.

The communities secretary said there were more people with coronavirus in hospitals across Greater Manchester than in the whole of the southwest and southeast combined. The number of Covid patients would exceed the numbers from the first peak in April in two to three weeks, he said.

The letter explained that £22 million would be offered to Greater Manchester, equivalent to £8 per head, amid other support.

“We owe it to the people of Greater Manchester to come to an agreement — one that keeps as many sectors open as possible, whilst reversing the alarming growth of Covid-19 in the region,” Mr Jenrick wrote.

Mr Burnham described the ultimatum, which was briefed to the media first, as a “slightly provocative move”.

He told Today on BBC Radio 4: “The letter is odd in that it is both an ultimatum but it references potential additional support that could be given to us. The thing is, we’ve never been given a figure for that additional support.

“What I’ll be proposing to the Greater Manchester leaders when we meet this morning, quite early, is that we write to the government setting out what we think a fair figure is for that support, given we’ve been under restrictions for three months and that has taken a real toll on people and businesses here.”

The charity Citizens Advice has also called for a new package of support to help households under tougher measures.

There are a series of gaps which they believe will mean people unable to pay essential bills could fall into debt or face harsh enforcement.

“Now that many of the protections have been lifted, we’re seeing a surge in people contacting us for help as bailiffs, debt letters and eviction notices start up again,” Jamie McGlynn, the local service manager at Citizens Advice Manchester, said.

“Added to that, there have been a lot of redundancies announced in recent weeks and many people we help are working reduced hours because of the impact of the first lockdown.

“If we move into the ‘very high’ tier without further protections in place, I’m worried about a perfect storm where people already struggling to keep their head above water financially are going to really suffer.”

For bars and other businesses in Greater Manchester, the past ten days of public negotiations over Tier 3 has caused huge uncertainty.

Landlords say it has been impossible to plan ahead and order stock, on top of fears they could be shut for Christmas.

In Bolton, the concern was particularly acute, with some businesses facing their third set of closures this year.

Craig Egan, who runs The Nook & Cranny pub, said he was “thankful” and “very happy” that local leaders “haven’t rolled over and have our backs as a business”.

In Manchester, Alex Bailey, the joint manager of the Tib Street Tavern, said: “It’s hard for everyone. We’re just trying to keep our flow, keep the ordering low.”

The bar, in the trendy Northern Quarter, serves food and will stay open during the restrictions. But she added that “everyone in the north is behind Andy Burnham and what he is doing” and that there needed to be a minimum of 80 per cent furlough.

The continuing wrangling over Greater Manchester comes as Downing Street prepares to move areas across the north of England and Midlands into the most severe Tier 3 local lockdowns in time for half-term, which starts for most next Monday.

Matt Hancock, the health secretary, said that the government wanted to put South Yorkshire, West Yorkshire, Nottinghamshire, the North East and Teesside into the highest category in the coming days.

David Mellen, the Labour leader of Nottingham city council, said they had only just been placed in Tier 2 and that coronavirus rates were coming down. “I am expecting to meet government this week as they consider whether we should be placed under Tier 3 restrictions”, he said.

“I will make it clear that we want a package that properly protects local people, businesses, jobs and education, whether it’s for Tier 2 or Tier 3, and will need to speak to the government first about the details of this.”

He added that they “have not waited for the government to act against rising Covid cases in the city”, pointing out that they had issued advice warning against household mixing almost a week before Tier 2 was imposed.

The leader of Hartlepool borough council said anyone suggesting Tier 3 for his town would be “told to sod off”.

Shane Moore tweeted yesterday evening: “Apparently it was announced in the House of Commons earlier that there were talks happening in relation to #Hartlepool & wider #TeesValley going into Tier 3. This is untrue.

“No talks with us since update on Friday & if anyone suggests it to me this week they’ll be told to sod off.”

The leader of Gateshead council said the government should listen to local politicians when it comes to Tier 3 restrictions. “Matt Hancock and his colleagues need to stop dictating to us and start listening to our strategy, and to concede that they need to work with us, not against us,” Martin Gannon said.

He was unaware when the next round of talks was planned.

Ben Houchen, the Conservative mayor for Tees Valley, tweeted that he had spoken to the health secretary’s team and had been reassured that there were “no imminent plans” to move his area to Tier 3.

Negotiations will continue in Sheffield today over a move into Tier 3 restrictions.