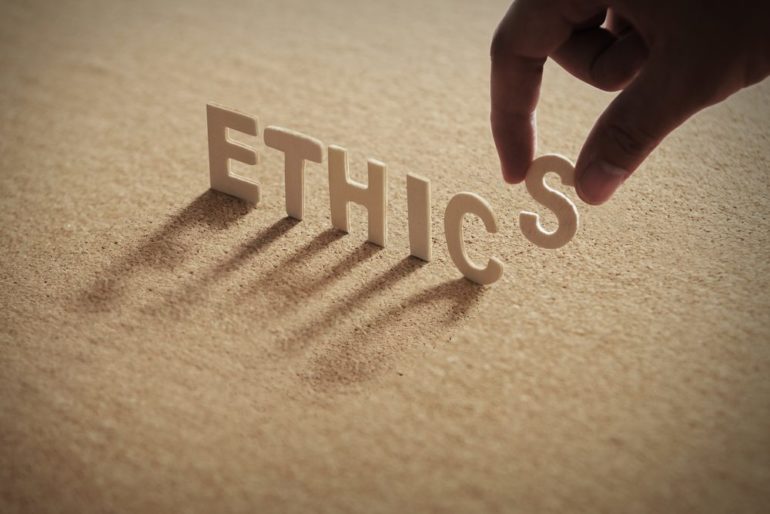 Businesses in the UK who want to grow their profits need to shout about their credentials as much as they do about their products, according to a new survey.

Picky British shoppers have revealed their habits and preferences when it comes to choosing one business over another, and it has nothing to do with what’s on the shelves.

The survey asked more than 2000 people about their high street habits up and down the country, and found that it’s not just bargains we’re checking out when we’re window shopping.

The research revealed that 90 per cent of people always take a business’s accreditation and record into account when it comes to things like tax, hygiene, staff morale and environmental issues.

A business proudly displaying its certifications for all to see is a big draw for customers, who look for signs that the management are running a responsible establishment.

Among the things customers look out for are hygiene certificates, with 95 per cent of people saying this was extremely important to them.

Furthermore, 45 per cent of those asked said they would only consider using businesses that pay their tax in the UK, while a massive 75 per cent wanted to see indications that companies they use are taking care of the planet.

As well as all of this official accreditation, customers are also shopping around for businesses with happy and loyal staff, demonstrating that businesses are looking after their employees properly behind the scenes.

Typical of the comments received from survey respondents were ‘I prefer to go to businesses where staff have worked for a long time’, ‘I judge a business by how friendly the staff are and whether they seem like they enjoy working there’ and ‘I don’t mind paying a bit extra for a place with staff who really care’.

While many businesses may claim they have outstanding service, cleanliness and environmental procedures, it’s the stamp of authority on certificates and official ratings that really count’s.

Ken Thompson, a high street shopper in Birmingham, said: “With things like zero hour contracts going around, and all that pollution and tax evasion going on, you can’t trust anyone these days unless they’ve got proof they’re really a good company. I want to know where my money’s going so I always look out for certificates to make sure I’m in the right place.”

And he’s not alone. In fact, 67 per cent of people said they wouldn’t trust a business’s claims about its own performance unless they were also backed up by formal certification.

Mark Hall spokesperson for BusinessWaste.co.uk.co.uk said: “What we’re finding is that customers are becoming more and more discerning with the growing amount of choice they have and are aware of bad business practice too.

“It’s not just your products or services they’re buying into, but your business ethos as well, so it’s now more important than ever to get and display your credentials.

“As a business you need to be constantly telling potential customers who you are, and proving that you’re one of the good guys, to inspire that loyalty.”