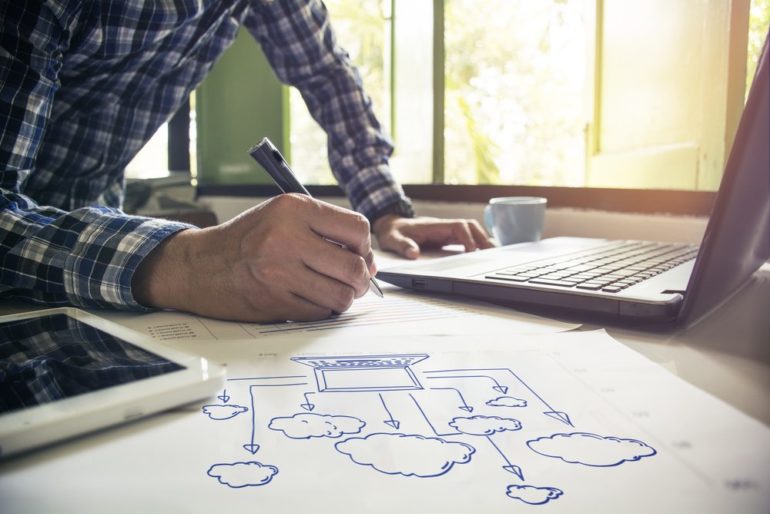 The number of Cloud roles for IT professionals has almost doubled in the past year, according to a new report.

The quarterly report tracks IT jobs advertised across 10 UK cities. While the research highlighted the disparity in the Cloud job market between demand and remuneration, it also revealed that Cloud skills are becoming more common across a more diverse range of roles within the tech sector. Cloud-based contractor roles now represent almost a third of all short-term positions advertised across the five core tech disciplines in Q2 2017 – compared to 26.71 per cent from this time last year. Permanent Cloud-based roles now represent one in four technology jobs advertised – versus 14.32 per cent at the same time last year.

Emerging trends such as the Internet of Things, Big Data, machine learning and mobile applications have increased the demand for Cloud skills overall. But, Cloud skills have transitioned from being the one of the hottest tech trends to being an integral part of the day-to-day operations for IT departments across the board, and this is influencing both the demand and remuneration for those skills. The initial surge for Cloud adoption five to 10 years ago placed a premium on Cloud architecture skills and qualifications, and inspired IT professionals to upskill to capitalise on the favourable conditions. Today’s business requirements are driving a different mix of Cloud skills.

The key Cloud skills in demand for this quarter are OpenStack and Rackspace; SaaS for solutions such as Salesforce.com and Insightly; and IaaS for technologies including Microsoft Azure and AWS. But while some highly sought-after Cloud skills remain in short supply, overall businesses are having less difficulty filling the proliferation of more general Cloud positions, resulting in the stagnating salary figures for the discipline as a whole.

Martin Ewings, Director of Specialist Markets, Experis UK & Ireland, explains this Cloud disconnect, commenting: “The Cloud talent market is more mature now. While the majority of new organisations born in the digital era will opt for Cloud-first operations, many businesses that could easily shift their work to Cloud-based infrastructures did so during the first wave of migration. For other businesses, legacy technology continues to act as the central nervous system, particularly in major industries such as finance and healthcare. For enterprises yet to convert to the Cloud, the process will be much slower and more complex. This is because business applications running on legacy systems will need to be rewritten for the Cloud, which can be an incredibly complicated and expensive process. On top of this, there are some organisations that haven’t yet made the transition to the Cloud, simply because they are more risk-averse.”

Ewings continues, “The diverse Cloud requirements that we see as a result of emerging technologies like IoT, Big Data and Mobile, are driving the increase in demand, but not all businesses are seeking dedicated or specialist Cloud architects. Where Cloud has been embraced, businesses will be seeking IT professionals to maintain rather than build these platforms. Cloud knowledge has become more commonplace across a spectrum of tech roles, which is likely contributing to the restrained pay growth we are seeing for Cloud professionals.”