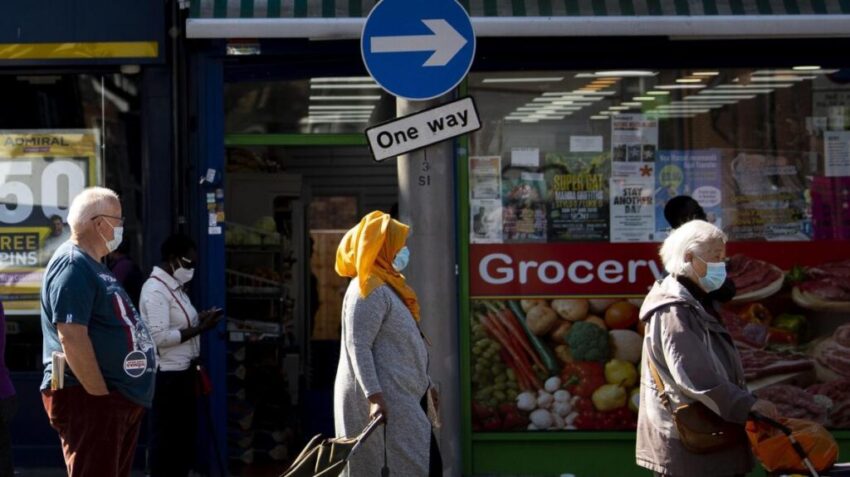 Grocers and corner shops are enjoying a revival as almost two thirds of shoppers turn to local stores during the coronavirus pandemic.

Although big supermarkets have reported a surge in sales, many people are said to be returning to independent stores, partly out of concern about long queues and to minimise the risk of infection. About 59 per cent of consumers have used more local stores and services during lockdown, according to a survey of 2,140 people by Deloitte Digital.

“Consumers may have begun shopping locally out of necessity rather than choice,” Deborah Womack, director of Deloitte Digital, said. “However, they are rediscovering their local shop as a place for human contact and personal service when they need it most.”

A report from Kantar, the market researcher, found that independent shops and co-operatives now had a 20 per cent share of the British food market.

Vicky Skingley, 37, owner of Good Food in southeast London, said that her business had experienced a surge in new customers seeking bread, eggs and yeast during lockdown. People also were shopping more regularly because they were working from home.

“Our parade of shops is so much more vibrant now people are forced to work from home and have flexible hours,” she said. “There is a bit of mistrust in the big supermarkets, with people not wanting to queue for so long or being worried about social distancing.”

In the early stages of the pandemic, Ms Skingley had been concerned that people would turn away from her store’s upmarket ranges. “However, it has been quite the reverse,” she said.

Supermarket bosses said that people had shifted away from budget- conscious ingredients at the start of lockdown, opting to treat themselves to culinary treats.

While the rise in people working from home means that neighbourhood stores may have more passing traffic, local shops also have reacted to concerns that vulnerable shoppers have been unable to visit supermarkets or to get online deliveries. Local shops are making 600,000 grocery deliveries a week, according to the Association of Convenience Stores, with 65 per cent of them offering the service, compared with only 10 per cent last year.

“With people increasingly supporting their local area, businesses that have a strong understanding of the community will be the most likely to recover well and thrive in the coming months,” Ms Womack said.

Retailers classed as “non-essential” during the crisis will be able to open their doors again from next Monday, as long as they meet safety and social-distancing standards. Chris Wootton, 40, chief financial officer of Sports Direct, said more retailers would “go to the wall” if the government did not provide more help to the high street.