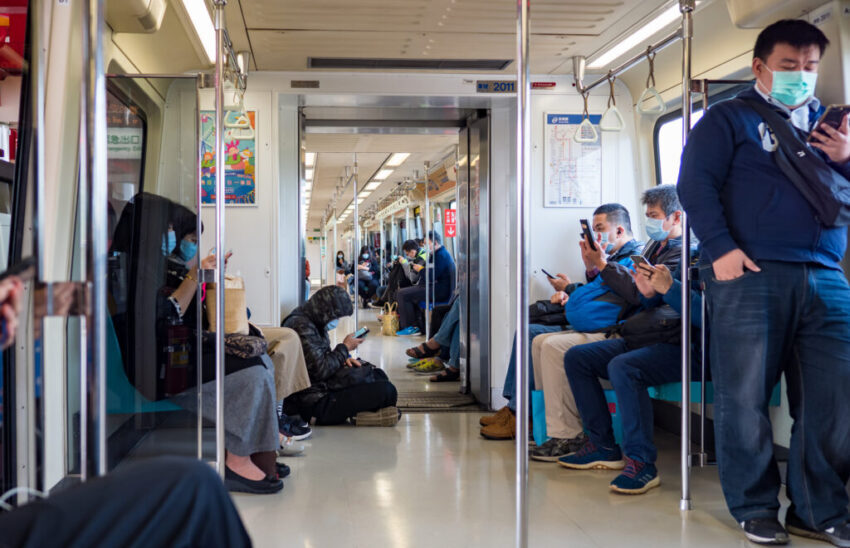 A government order to avoid public transport will have terrible long-term consequences for the industry and environment, ministers have been told.

Operators have urged the government to drop what they call its negative messaging about the risks of using public transport because of fears that it will deter people for years.

They are lobbying ministers and officials for a cut in the existing two-metre spacing between people — seen as necessary to stop the transmission of coronavirus — because the policy significantly limits passenger numbers.

Operators say that the introduction of compulsory face coverings on buses, trains and trams next Monday should be combined with a cut in the gap between passengers to help capacity.

The government is already underwriting all rail franchises because of the sharp drop in passenger numbers after the lockdown. The existing “emergency measures agreements”, believed to be costing £900 million a month, are due to expire at the end of September but rail operators insist that they will have to be extended because passenger numbers continue to be depressed, making services loss-making.

They are believed to favour a continuation of the present model until at least September next year: 18 months in total. A further £254 million was announced last month to subsidise bus services and Transport for London has been given a £1.6 billion rescue package.

Train operators are preparing to increase services to near normal levels at the start of next month. Carriages can only accommodate between 10 and 20 per cent of passengers, however, because of social distancing, and commuters will have to travel off-peak or endure long queues. Some double-decker buses can carry a maximum of only 24 passengers compared with up to 120 people before the lockdown.

One public transport source said that cutting the gap to one metre would allow trains to carry an estimated 45 per cent of usual passengers. Britain and Spain are the only European countries with a two-metre rule. The World Health Organisation, Hong Kong, France and China have one-metre guidelines; Australia, Germany and the Netherlands 1.5 metres. No 10 is thought to be keen to relax the rule to allow more people inside schools, shops and, ultimately, pubs and restaurants. It is considering guidelines that could allow people to be closer if they are back to back or outdoors.

Operators say that the message has started to scare people away from public transport, potentially having a profound long-term impact and leading to more people using cars. One source said: “At the peak of lockdown it was right to suppress demand but we will need to move on from deterrence to a more nuanced message as we go into the recovery phase. Without that change you’re going to see people lose the public transport habit within weeks and that will have terrible consequences both for the industry and the environment.”