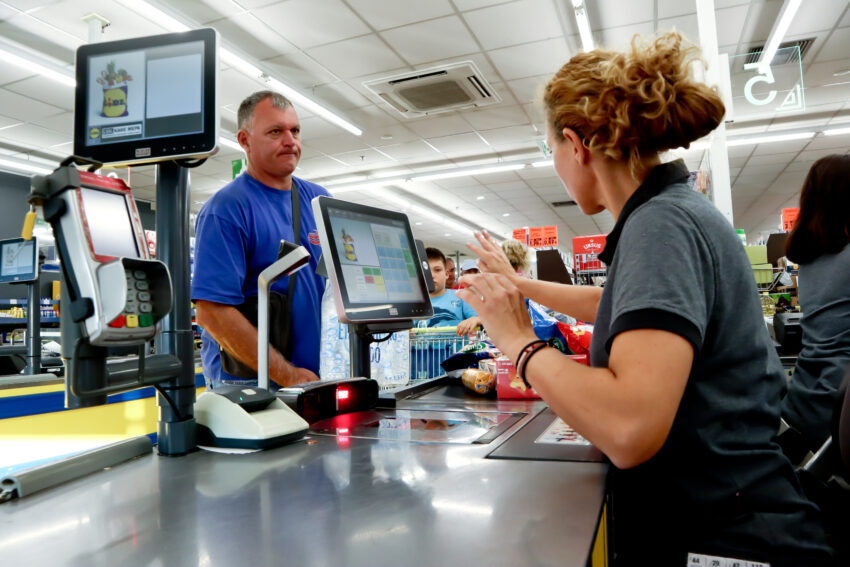 Lidl has announced pay rises from March next year, which it says will make it the UK’s highest-paying supermarket.

It will increase its minimum pay for employees outside London to £10.10 an hour, with rates of up to £11.40 for more experienced workers.

Higher rates will apply in the capital, the supermarket said.

It added that the increase recognised “the hard work and dedication of frontline colleagues during the last 18 months of the pandemic”.

Earlier this year, Morrisons became the first UK supermarket to pay at least £10 an hour.

It comes after official figures on Tuesday suggested that employers are continuing to struggle to fill roles, affecting the hospitality and retail sectors in particular.

Job vacancies hit a fresh record high of 1.17 million in October – almost 400,000 higher than before the pandemic.

Lidl said the move represented a pay rise of more than 6% for some. More than 21,000 Lidl employees, about 80% of its staff, would benefit, it added.

As for Lidl’s rivals, the latest available data suggests Tesco and Aldi currently pay £9.55 an hour, while Sainsbury’s, Waitrose and the Co-op pay £9.50 and Asda pays £9.18.

Lidl said its latest pay rise would cost it £18m and described it as part of its UK investment plan.

Nan Gibson, Lidl’s chief HR officer, told the BBC: “We do not expect to pass that on to customers in the form of price rises.”
She said it was currently “very difficult” to recruit staff, adding: “We are competing for talent with all the other retailers and, indeed, other industries.”

The supermarket also reiterated its existing intention to have 1,000 stores in the UK by the end of 2023.

Christian Härtnagel, chief executive at Lidl GB, said: “We have ambitious plans to grow our business across Great Britain, and to do that, we need to ensure we attract and look after the best talent at every level of our business.”