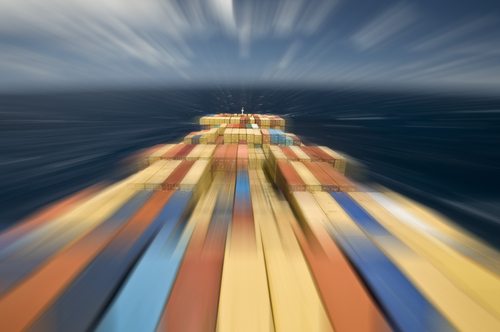 Research conducted by the leading invoice finance provider during the third quarter of 2012, revealed the majority of the UK SME community does not plan to incorporate overseas trade into their growth plans for the next 12 months.

This is despite the Government’s rallying cry to the SME community to help drive the UK’s export-led recovery, with the Chancellor challenging companies to double exports to £1trillion by the end of the decade.

Instead of branching into foreign markets, business owners are placing a greater priority on training and staff development, as stated by 34 per cent of firms, or investing in developing their social media presence which is a priority for 29 per cent of business owners over the next year.

Simon Davies, head of international trade at Bibby Financial Services says the challenge for UKTI and the Government is in better understanding what steps need to be taken to encourage more firms to broaden their horizons into foreign markets.

On November 1 2012, Simon Davies appeared on the panel at the House of Lord’s small and medium-sized enterprises select committee to discuss the funding and export challenges facing UK SMEs.

Mr Davies says: “As highlighted at the select committee last month, smaller businesses are restricted by a combination of a lack of access to finance, a drawn out application process and insufficient support overcoming cultural, legal and language barriers when engaging in overseas trade.

“The Government must help build awareness of the different forms of alternative finance in an effort to ease the pressure placed on banks, and increase the speed at which businesses can obtain much needed funding support to grow.

“As an industry, asset based lenders are in a strong position to counterbalance the drop in bank lending and independent providers such as ourselves are able to offer businesses a unique international trade product offering, which we feel is superior to that provided by traditional lenders.

“This year we have provided businesses with £370million in funding and we will increase our support during the remainder of the year, which we hope will make a lasting difference to those businesses looking to grow and move forward in this difficult economic climate.”

Case study
Coventry-based BOOM BOOM Cricket knocked the sporting world for six when it arrived in September 2009, building on the legendary fanaticism for cricket in countries such as India, Pakistan and now Afghanistan.

Business owner Ali Ehsan saw the potential to bring a new kind of professional cricket product to market, which appealed to the mass of fans around the world with a more streetwise image to help push their brand of cricket clothing and equipment. BOOM BOOM Cricket is focussed on producing products based on innovation to make the goods lighter, stronger, and faster.

The distinctive look and feel of BOOM BOOM Cricket owes more to the back streets of Lahore and Mumbai than any English village green, and the name is taken from the term used to describe how masters of the bat such as Shahid Afridi (Pakistan), Herschelle Gibbs (South Africa) and Jade Dernbach (England) enjoy knocking the ball all over the park.

Director Paul Nash says: “BOOM BOOM Cricket is the fastest growing cricket brand in the world, having started from scratch two and a half-years-ago, and has a footprint on every continent today.

“But growing at such a rate creates cash flow issues and we felt that an invoice discount product would be the best way to address that.

“We did talk to our bank about setting up such a facility, but we felt they were taking too long to make a decision about it. We spoke to Bibby Financial Services and they were able to set up the agreement within 14 days. That was great for us as things are moving quickly in the business.

“With a facility in place, providing the cash flow which is vital to the smooth running of our business, we are able to focus on building the company further and realising our global ambitions.”