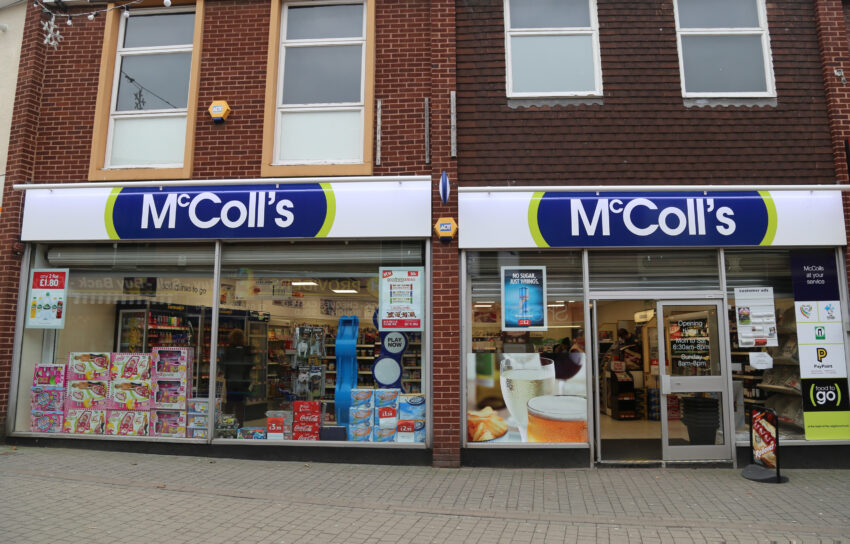 Administrators of McColl’s were last night considering last-ditch improvements to bids from Morrisons and EG Group, after the Asda owner bowed to pressure to look after the convenience store chain’s pension liabilities.

EG Group made an unexpected about turn late yesterday and said that it would take responsibility for the McColl’s pension scheme, in a move that means that its 2,000 members will avoid a cut of up to 20 per cent to their promised pensions over their lifetimes.

McColl’s has more than 1,100 shops and 16,000 staff and also trades as Morrisons Daily, Martin’s and RS McColl.

The move to protect pensioners came after EG’s initial pre-pack proposal would have left the McColl’s pension scheme in the hands of the Pension Protection Fund, provoking almost immediate criticism. The petrol station empire is owned by the Issa brothers and TDR Capital, the private equity firm, which also owns Asda, Leon and Cooplans, a bakery chain.

The trustees of the McColl’s pension fund had written to EG at the weekend highlighting that the company’s website claims it “strives to be a good corporate citizen”.

“We trust that this means you will act in good faith towards the schemes and their 2,000 members,” they wrote. The trustees also raised concerns with Kwasi Kwarteng, the business secretary, that a pre-pack administration would allow the new owners to jettison pension liabilities. It is understood that there were talks between EG and the trustees yesterday.

At the weekend Morrisons had tried to win control of McColl’s after its initial proposal, which would have kept the business out of administration and transferred pension liabilities to the supermarket, was rejected by the convenience chain’s banks, who favoured EG’s instant repayment of the £165 million they are owed by McColl’s. It is understood Morrisons intended to restructure the business, including shop closures. HSBC, Barclays and Natwest triggered the collapse of McColl’s last week by refusing to agree to a waiver or a refinancing of the business.

After both sides were given a deadline of 6pm yesterday it is understood that Morrisons said that it would also repay the lenders in cash, rather than roll over the debt on to the grocer’s balance sheet as originally planned.

The battle between EG and Morrisons means it is now inevitable that McColl’s will enter administration this morning, and only be salvaged in a pre-pack deal. Pre-pack deals have become contentious as a fast-track form of insolvency because they often involve the same owners keeping control of a business but ditching liabilities, such as stores or pensions.

EG is understood to have proposed that the lowest paid staff at McColl’s would receive a 55p pay rise, taking them to £10.05 a hour. Morrisons has said that it will pay staff the £10 an hour that its supermarket staff earn. Workers at Morrisons Daily — its joint venture with McColl’s which has 250 shops — are paid on the McColl’s rate.

If a deal with EG is favoured over Morrisons it is thought there would be significant short term disruption as Morrisons’ wholesale agreement with McColl’s would immediately be terminated. While EG Group has a big logistics network, industry sources said that fulfilling 1,100 neighbourhood newsagents is different from motorway forecourts. Some suppliers to McColl’s, including Lotto and Paypoint, have already stopped supplying the chain.

Morrisons, which is now owned by Clayton Dubilier & Rice, has told its investors that it has an exposure of up to £130 million if McColl’s collapses. It has had a wholesale contract in place with McColl’s since 2017.

The financial woes of McColl’s largely stem from the demise of Palmer & Harvey, a wholesaler, in 2017 which badly dented its profits and sales and caused supply chain problems, leaving it hugely reliant on Morrisons.