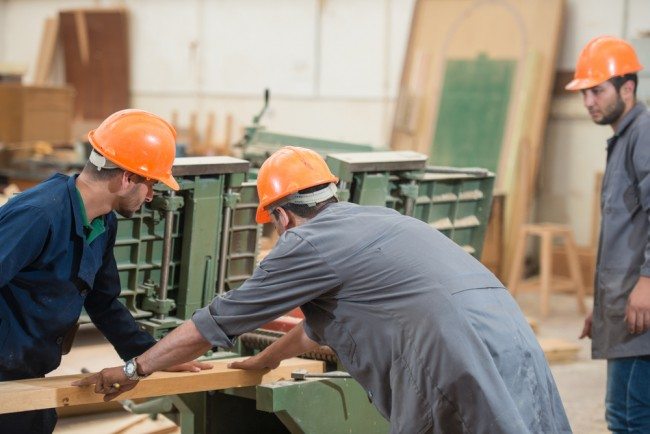 The survey found that recruitment issues were a major problem for 28 per cent of companies in their attempts to expand and grow.

A quarter of businesses that were surveyed also believed that schools and colleges should put more emphasis on vocational skills in order to produce more skilled workers.

The report also stated that optimism for growth in businesses over the next 12 months had fallen by 16 per cent, although three quarters of companies still predict expansion.

Over half of SME’s expect to increase their workforce in the next year, with 56 per cent taking on apprentices or trainees.

Almost half of the companies surveyed are aiming to offset production cost increases through efficiency gains, with almost three quarter of respondents reluctant to raise prices for customers.

“The survey provides a valuable insight into the challenges facing a sector with considerable growth potential but one also struggling to recruit the skilled people needed to help deliver plans for growth. While there are some hopeful signs for the future, such as the increase in STEM students at A Level and employers playing a more pro-active role in schools, signposting engineering as a ‘go to’ career in secondary schools just doesn’t appear to happen, so improving careers advice and skills training within the education system needs to become a major focus of debate if we are to attract the next generation into manufacturing and engineering.”

“The news that we are facing a significant skills shortage is no surprise, but it should be alarming that the issue is now reigning in the ambitions of management teams across the sector. Without a solution the UK’s manufacturing and engineering industry will not be able to fulfil its potential and we will see the UK economy continue to be dominated by the services sector.

“However, the answer does not just lie with the government. We must all help to tackle the issue and one of the primary reasons we have partnered with the Lloyds Bank Advanced Manufacturing Training Centre is to address the skills gap. Due to open later this year at the Manufacturing Technology Centre, the centre will develop more than 1,000 new engineering apprentices and trainees, ensuring that there is an influx of skilled workers into the manufacturing industry over the coming years.”