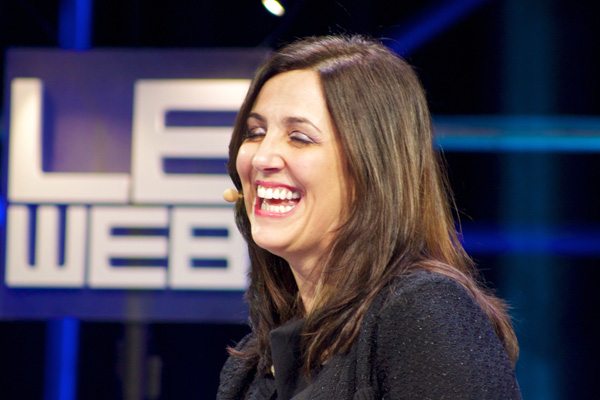 In addition to becoming chief executive of TCIO, she will also take up positions as Business Ambassador for the Digital Industries and chairman of the Tech City Advisory Group.

Prime Minister David Cameron said: “I’m delighted that Joanna is joining the Tech City Investment Organisation. The success of Tech City shows just what can happen when we back some of our most innovative and aspiring companies to grow, helping the UK compete and thrive in the global race. Joanna’s experience will be hugely valuable in supporting Tech City as it goes from strength to strength, and as a Business Ambassador promoting the UK around the world.

Speaking about the move Shields said: “Working in the UK for the past decade has proven to me that this country has the potential to become a major force in digital innovation. I’m thrilled to be taking this position at the Tech City Investment Organisation and proud to be a Business Ambassador for the UK for Digital Industries.

“Throughout my career I have had the privilege of working with great entrepreneurs and innovators to create thriving new businesses and industries. The seeds have been sown in East London for a dynamic and successful cluster: we have the infrastructure, the technology and the talent, now we need to accelerate the growth. I am looking forward to leading the Tech City Investment Organisation in the next phase of its development. With the right boost now, there is no reason why we can’t make London the number one location for tech in the world.”

Before joining Facebook, Shields was President at AOL, responsible for social and communications businesses, and previously served as chief executive of Bebo. She has also been Google’s Managing Director for Europe, Russia, Middle East & Africa.

TCIO was set up in April 2011 as part of UK Trade and Investment to help by attracting inward investment, and supporting companies in the cluster who want to expand into international markets.