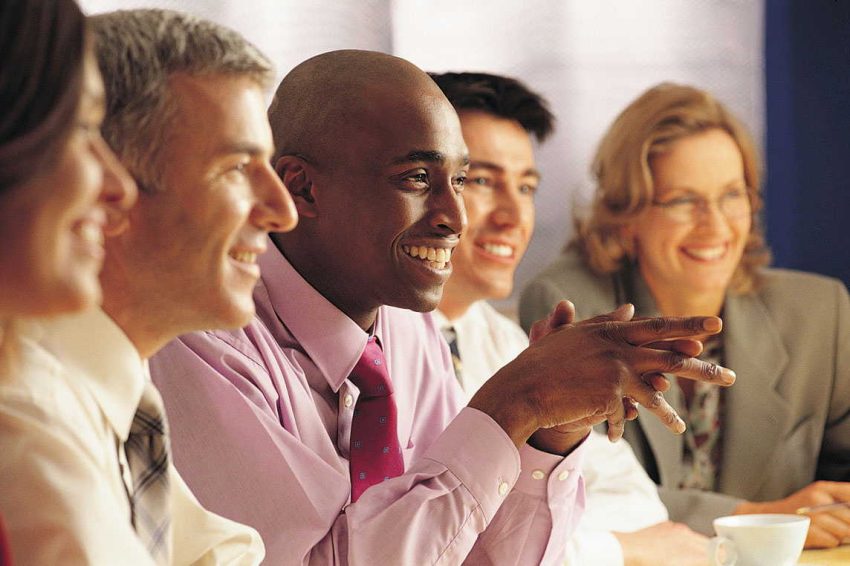 Small businessmen and women may use a variety of online and offline ways to deal with clients, customers and suppliers, but many feel they do better when they can ‘see the whites of their eyes’, the study shows.

In particular, they are better able to judge a person by how they look or dress or the firmness of a handshake than anything they provide via Facebook or Twitter, according to business card experts MOO.

The firm interviewed owners of small businesses in the UK about how they networked to help their ventures grow They found 42 per cent believe if they were to hand out 100 business cards, it would generate £5,000 a year or more in revenue.

Spread across the UK’s 4.5 million small and medium sized businesses (SMBs) it adds up to a staggering £9.45 billion a year netted through personal contact in business.

Modern business leaders do however combine this with social networking on sites like Facebook and LinkedIn to stay in touch with a wider audience, and use these tools and others, like Twitter, to maintain a business presence online.

Out of the small business owners surveyed, good places to network show that some traditions remain unchanged with 47 per cent naming the pub and 61 per cent suggesting conferences. For those looking after their figures, 29 per cent said they network at the gym.

Richard Moross Founder & CEO of MOO, said: “Physical contact works better because it can often reveal more about the person they are dealing with than anything revealed on social media sites like LinkedIn, Facebook or Twitter.

“Social media and other technology is incredibly helpful for keeping in touch, building relationships and just reminding people you are around and what you are up to. But if you want to win business and develop new contacts then nothing quite beats a face-to-face meeting it seems. Judging by the number of business owners who do business over a drink, at a social function or even on the daily commute, the informal atmosphere seems to encourage better networking.”