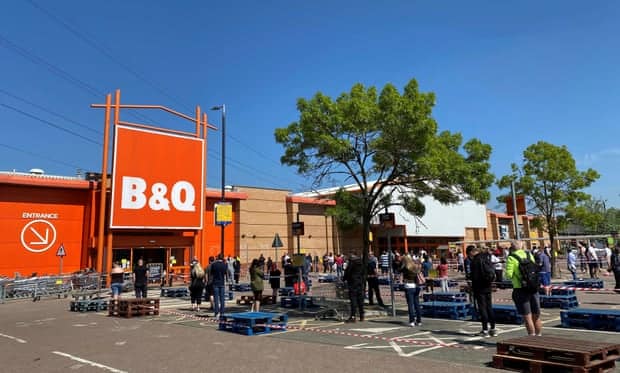 The nation has triggered its own DIY SOS with an “extreme” home improvement binge during lockdown, triggering shortages of paving slabs, fence panels and even bags of plaster and cement.

While some Britons turned to baking sourdough loaves and banana bread, others have been tackling much delayed DIY projects, ranging from mending fences to laying patios and skimming walls.

“I wouldn’t quite say plaster is the toilet roll of the building materials industry, but it’s probably not far off,” said John Newcomb, chief executive of the Builders Merchants Federation (BMF). “I don’t know where it’s all going, but it is certainly in demand.”

With more than 9 million Britons furloughed during the three months of lockdown, there has been plenty of time to address the shortcomings of both indoor and outdoor living spaces. Indeed, a rush back to DIY shops, where sales jumped by 42% in May, was the main driver behind a rebound in the official retail sales figures.

Last week Kingfisher, which owns the B&Q and Screwfix chains, said it was hiring up to 2,000 temporary workers after online sales soared by more than 200% in April and May. Similarly, when Ikea reopened at the start of this month, shoppers queued for hours to buy its flatpack furniture and storage systems.

With the fallout from the pandemic putting foreign holidays and care-free shopping trips out of reach, analysts think money that would otherwise have been spent on summer getaways and fashion is being diverted into home improvements, with small landscaping projects such as patios and raised flowerbeds proving popular.

The online DIY marketplace ManoMano said that over the last three months. sales of power tools had been nearly 250% higher than in 2019. Demand for paraphernalia linked to plumbing and electrical jobs also doubled, but – presumably due to the absence of pubs and holiday plans – the most viewed guides on its blog demonstrate how to make a bar or sun loungers for your garden out of pallets. 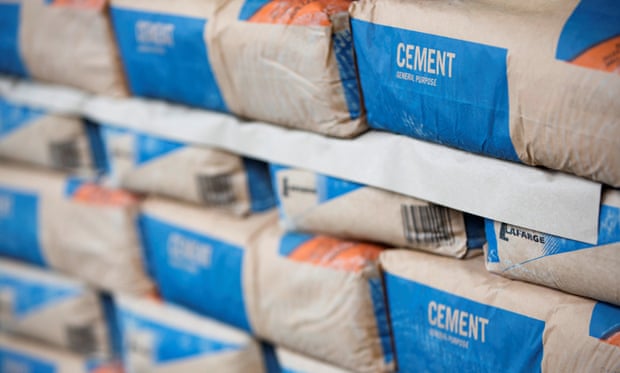 “The availability issues you’re seeing are either in builders’ merchants or DIY stores,” said Newcomb, who added that plaster supplies were being prioritised for essential projects, particularly within the NHS. “There has been a shortage of plaster and there are also issues around bagged cement. But it is not all cement – it’s the products purchased by jobbing builders and consumers.”

The work of housebuilders and major contractors was not being disrupted, added Newcomb, co-chair of the industry’s product availability group, which is monitoring any coronavirus-related disruption. The reason it is hard to get hold of packed cement is because of a shortage of packaging, so it is consumers and tradesmen, who buy smaller quantities, who are worst affected.

“We are also seeing excessive demand for external materials like fence posts and panels, exterior paint and garden sleepers,” said Newcomb. “There is this extreme demand from consumers and now, as tradesmen start to return to work, they’re adding to that.”

Plaster factories have not been able to keep up with the extra demand, even though some businesses are working overtime, drawing parallels with the flour shortage created by the lockdown baking bonanza. Plaster-makers are optimistic that supply levels will normalise by the end of July, although the shortages created by a 250% increase in demand for Indian sandstone – commonly used to pave driveways and patios – is expected to take longer to level out.