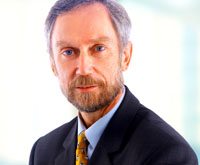 The twice-yearly benchmark survey of Russam GMS’s 12,000 charted a 5% growth in activity from January to June 2012, which follows a 6% decline in the previous six months.

More notably is the move away from the traditional use of interims as ‘gap fillers’. Half of all Interims are being recruited to provide specialist skills that are absent in their clients’ businesses; 34 per cent to implement new strategies, 33 per cent to work on special projects and just over a quarter to lead business restructuring. Just 15 per cent said they were covering a temporary absence or a sudden departure.

Interestingly, 17 per cent of interims now see themselves as Change and Transformation specialists and this has emerged as a new professional discipline – the second largest category of interims after general managers.

Charles Russam, Chairman of Russam GMS comments: “There is a positive mood in the market and a general view that volumes have started to increase. Businesses are using Interims more strategically than ever – to plug skills gaps on a temporary basis, re-structure their business, to lead special projects, drive change programmes or lead business development. Increasingly, companies are attracted by the immediacy and low risk interims offer and are using them to help grow and develop their business. This mirrors a general market trend towards the use of freelancers – according to The Professional Contractors Group – the freelance market has grown by 12 per cent since 2008.”

“Whilst pay hasn’t increased dramatically – in certain sectors Interims are being paid very well and overall the daily rates are an improvement on last year. 29 per cent of Interims are now in their 60s, a trend we expect to continue as people have to work longer, although they don’t tend to achieve the same pay levels.”

Jason Atkinson, Managing Director, Russam Interim comments: “These figures mirror recent research from the Institute of Interim Management that also highlighted growth. It seems that the interim management market is recovering and demand for interims with specialist skills has increased particularly in the engineering, banking and charity sectors. The overseas market also looks very positive and we see this as a major area of growth which is why we recently launched Russam International.”