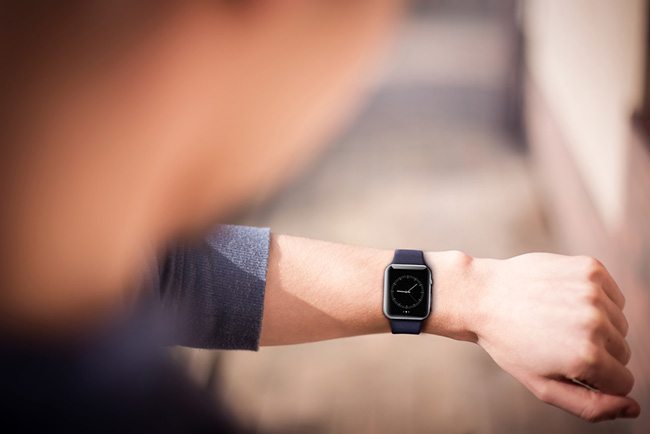 It found that 42 per cent of people in the UK thought that wearable technology posed a risk to their privacy, with only 18 per cent of respondents saying they didn’t feel it was a danger. However, interestingly the remaining 40 per cent did not know either way.

Moreover, when asked how they would feel if their employer required them to use wearable technology as part of their role – 25 per cent said they would consider changing jobs, 24 per cent replied they would be happy to do this, while the remaining 51 per cent were unsure.

Last year, another major survey in the UK and US by cloud computing company Rackspace Hosting found that 51 per cent of people also identified privacy as a barrier to adoption of wearable technology. Yet, an overwhelming 82 per cent of US users and 71 per cent of UK users then went on to say that these devices have enhanced their lives.

Nick Black, co-founder and director at Apadmi, said: “It’s obvious from our investigations that privacy is a very real issue for the wearable technology industry, although it’s by no means insurmountable.

“A lot of commentators are flagging up the potential privacy implications of devices that can record and relay so much data about an individual. And consumers appear to be taking note, with quite a few admitting that these concerns weigh on their mind when considering whether or not to buy wearable technology.

“However, we also need to draw attention to the fact that a huge number of people still don’t have a firm grasp of how wearable technology might impact upon privacy in the first place, as demonstrated by the significant number of ‘don’t know’ respondents in the survey. People are naturally apprehensive about what they don’t understand. But it’s interesting that those who go on to purchase a device are overwhelmingly happy with their decision and the benefits it has brought to their lives.

“With this in mind, wearable tech businesses and app developers need to educate prospective customers around privacy concerns to alleviate these fears. Many people still don’t fully understand the privacy issues around wearable technology or appreciate its potential to dramatically improve lives in areas such as health and social care.”

Along with the consumer insights, Apadmi has included a number of actionable insights around privacy issues in its new wearable technology report, entitled ‘What businesses need to know about wearable technology’. For instance, it explains how businesses can best inform consumers about these issues, why employers that are considering introducing wearable technology at work should consult with staff throughout to maximize their chances of securing buy-in. And lastly, it details the importance for companies in this field to be transparent about what data is being collected and how it will be used.