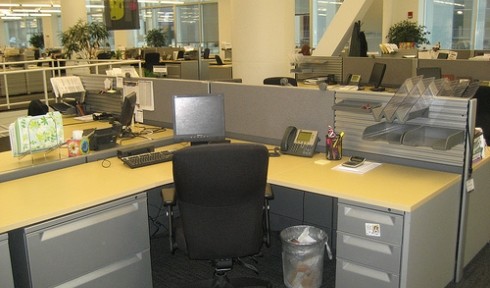 One of the tricks I learnt as an investment banker was to have a spare jacket in the office. It meant you could leave one of them on the back of your chair if you decided to bunk off home at a reasonable hour! People assumed you must be in a meeting somewhere and working jolly hard. It often worked. The perception in politics is that if you bash a group hard enough you can create a common cause for rabble rousing.

In the past two days, two international investment banks have announced significant profits. Instead of being pleased that two important institutions are back in profit, generating wealth, creating jobs, paying tax and improving the economy all our politicians can do is complain, finger point and make political capital.

On the other hand, Tesco announces profits in excess of £3 billion. Despite their questionable business negotiation tactics with suppliers, ruthless building programme, decimation of local high streets, creation of architectural sores on our landscape they are applauded. Where is the sense in that? At least the bankers are paid properly for their hard work, whilst many of the supermarkets’ staff are on low salaries with minimal benefits.

And that’s perception for you. The perception is that banks and bankers are merely gamblers whilst our supermarkets are smart operators. Banks take a chance with your money whilst making off with massive bonus payments for shuffling papers, as Lord Mandleson put it, from one side of a desk to another. The public’s perception has been skewed for political ends. This has to stop. It’s bad for business, it’s bad for the economy and ultimately it’s bad for you if you care about having an NHS that can serve, an educational system that can educate and a welfare system that can provide.

When I worked for one of the major investment banks I learnt first hand what they do. It’s complicated, hard work and it’s mentally taxing. The people who work for these companies are not selfish, greedy gamblers. They are like you and me. They work hard. They happen to have a talent, exceptional self-motivation and in many cases intelligence that is both enviable and impressive.

The continued attacks by Gordon Brown and his team on the banking system are as pathetic as they are abhorrent. He wants to shift the blame from himself for his contribution to the financial credit crunch. Nick Clegg is just as bad. Every time he speaks about this subject he demonstrates an utter contempt for a business that will bring this nation out of recession and help us to pay down the debt legacy of Gordon Brown and his army of trougheteers. Furthermore Mr. Clegg displays ignorance for what banks and bankers actually do. Just because they don’t make a tangible product you can touch or see it doesn’t mean their work is worthless. Quite the opposite. As for boy George, he could do with getting a backbone and sticking up for an industry that has taken this nation from being the sick man of Europe to potentially being one of the strongest economies in the world.

My Badometer remains steadfast. The Lib Dems remain at -10, Labour at -8 and the Conservatives go back to -4 as they are likely to be the best for business and the best party to pay off the massive noose of debt.

Post Script: Inflation hit 3.4% in March. For people to think interest rates will remain low forever, think again. This is a time bomb waiting to go off. And when it does the cuts in public spending will have to be faster and deeper than anyone is telling you at the moment. The cost of servicing our national debt will suck huge sums of money out of the national budget. Virtually every forecast will be blown aside and a new political paradigm will be upon us. Fasten your seatbelts. This isn’t going to be an easy ride.