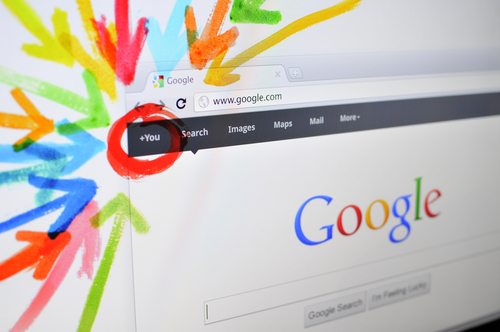 Google says that advertising sales take place in low-tax Ireland, not the UK.

But the Public Accounts Committee (PAC) said it had been told by ex-employees of the tech giant that UK-based staff are engaged in selling, reports The BBC.

Google said it complies with all the tax rules in the UK.

Companies pay corporation tax on their profits, not their sales. But the current debate revolves around the apparent ability of multinationals to move their profits from country to country with little obvious relationship to where the sales are generated.

The committee also said that confidence in HMRC had been weakened.

It said it was “extraordinary” that the tax authority did not challenge Google over “the complete mismatch between the company’s supposed structure and the substance of its activities”.

Google executive Matt Brittin has twice appeared before the PAC – first in November, alongside executives from Starbucks and Amazon – and then in May when he was called back after whistleblowers said Google had sold advertising within the UK and invoiced customers in the UK.

He insisted that no-one in the UK could execute transactions, despite the fact that he employed sales staff in the UK.

“Google brazenly argued before this committee that its tax arrangements in the UK are defensible and lawful,” said Margaret Hodge, chair of the PAC.

“The company’s highly contrived tax arrangement has no purpose other than to enable the company to avoid UK corporation tax.”

Google is one of several multinational companies that have been strongly criticised in recent months for organising their tax affairs in ways that minimise the amounts they pay in the UK.

The committee said it was not singling out Google, nor Starbucks or Amazon, but said the tax avoidance of these multinationals was “illustrative of a much wider problem”.

It said the only way for Google to repair its damaged reputation was for it to pay “its fair share of tax in the country where it earns the profits from the business it conducts”.

A Google spokesman said: “It’s clear from this report that the Public Accounts Committee wants to see international companies paying more tax where their customers are located, but that’s not how the rules operate today.

“We welcome the call to make the current system simpler and more transparent.”

MPs were also critical of HMRC for not sufficiently challenging multinationals over their tax arrangements.

HMRC head of business tax Jim Harra said: “Since 2010 we have collected over £23bn in extra tax through challenging large businesses’ tax arrangements.

“Through tackling transfer pricing issues, we have collected £2bn since 2010 alone. We relentlessly pursue businesses who don’t play by the rules, these results reflect this.”

The committee called on the government to strengthen HMRC and to simplify the tax code so that there are fewer loopholes.

The UK is hosting next week’s G8 summit in Northern Ireland, and has put tax and transparency at the heart of the agenda.

Prime Minister David Cameron wants the meeting to include country-by-country reporting of where companies pay their tax.

“This government is committed to creating the most competitive corporate tax system in the G20, but this goes hand-in-hand with our call for strong international standards to make sure that global companies, like anyone else, pay the taxes they owe,” a Treasury spokesman said.