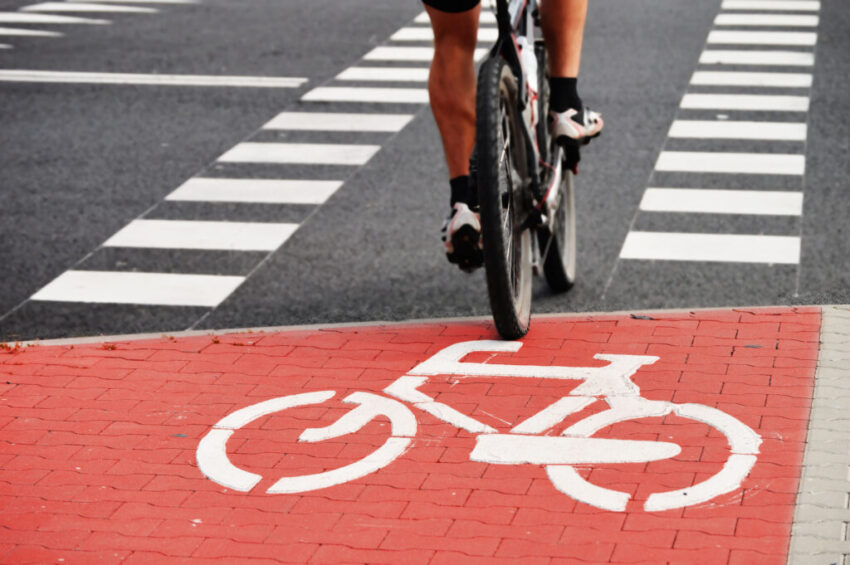 HGVs and delivery vans could be banned from city centres under government plans to create more road space for cyclists.

The transport department is proposing to introduce compulsory “freight consolidation schemes” where all deliveries are made to out-of-town depots.

The goods would then be transported to their final destination in the city centre by a “far smaller number of vehicles”, with a focus on environmentally friendly cargo bikes and electric-powered vans. Pilot schemes are being proposed in one or two small older cities with “narrow and crowded streets”.

It forms part of a strategy published yesterday by Boris Johnson aimed at “unleashing our nation of cyclists” to fight obesity and improve air quality.

An analysis due to be published today by Friends of the Earth found 1,360 locations across England where the amount of toxic nitrogen dioxide in the air breached recommended levels.

Mr Johnson wrote in the cycling report: “Of course you can’t deliver a fridge-freezer on a cargo bike, but you can deliver plenty of other goods that currently come in diesel vans.”

Figures show that on average 17 cycle journeys per year are made by adults in England, a decline of 1 compared with 2002. Some £2 billion was announced by the government in May dedicated to encouraging cycling and walking.

Yesterday’s “Gear Change” strategy aims to create hundreds of miles of dedicated bike lanes, increase cycle lessons and improve access to cut-price electric bikes. It also raises the prospect of a significant shift in road space from vehicles to cyclists over the next decade, with restrictions on delivery vans, cars driving through “rat run” residential streets and parents who drive their children to school.

Chris Boardman, the Olympic gold medallist and a cycling and walking commissioner for Greater Manchester, yesterday called the plans the “biggest step forward I’ve seen in my lifetime” to get more people to travel by bike. “I don’t think anyone thought it would take this long, but what we have proved in those eight years is that you can have mountains of evidence, but if the political will isn’t there it doesn’t matter,” he said.

Gear Change outlines plans to give cyclists the right to ride in the wrong direction on one-way streets. It said “contraflow cycling” had worked well in some areas and should now be the “default on all quieter one-way streets with certain minor exceptions”.

It also announced an overhaul of the Highway Code, subject to a consultation. The review said cyclists should have priority over vehicles when going straight ahead at a junction, with drivers banned from turning left until bikes have passed.

Similarly, cars must give way to pedestrians crossing or waiting to cross at a junction.

Natalie Chapman, head of urban policy at Logistics UK, which represents haulage and delivery companies, said: “With more reallocation of road space to accommodate cyclists, it is vital that the government encourages local authorities to ease restrictions around off-peak and night-time deliveries. . .This would ensure shops and businesses receive the stocks they need in order to return to full trading, as well as maximising the use of limited road space.”