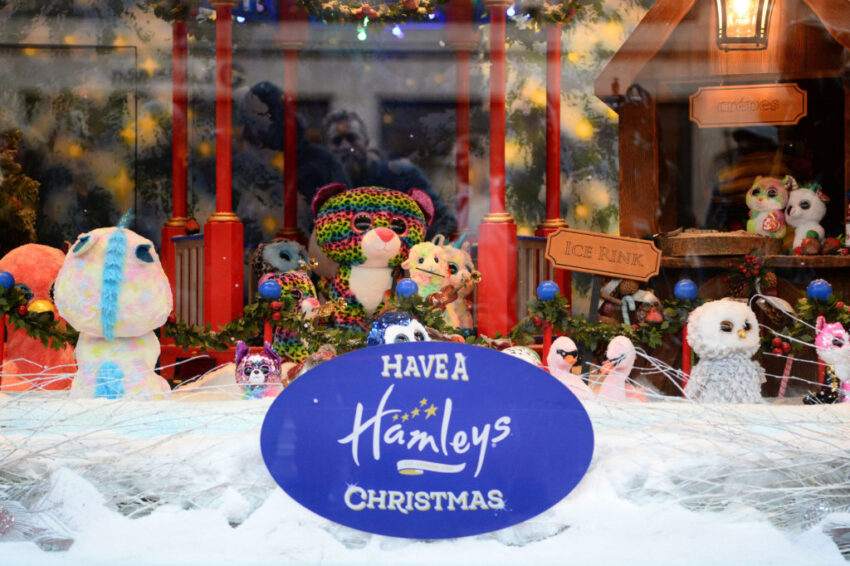 Mike Ashley’s Sports Direct has emerged as a prospective bidder for Hamleys as the toy store’s Chinese owner looks for an exit.

The tracksuit tycoon is one of a number of parties, along with The Entertainer and Irish toy shop Smyths, interested in taking the 258-year-old chain over from C.banner, according to Sky News.

The billionaire has been in acquisitive mood of late, snapping up House of Fraser and Evans Cycles, both out of administration, in the past few months.

His appetite for a bargain has not been dampened by dire conditions on the high street, which prompted him to say only on Thursday that retailers will be “smashed to pieces” this Christmas.

Mr Ashley made the comments in reference to Debenhams, in which he holds a majority stake through Sports Direct.

Sports Direct and C.banner could not be reached for comment and The Entertainer said that it “does not comment on speculation”.

While best known for its Regent Street store, Hamleys also has outlets in Cardiff, Glasgow and Manchester, as well as internationally.

Hamleys has been on the market since October and last year the toy chain swung to a £9.2 million loss.

The Chinese firm was also in the news earlier this year after it pulled plans to buy a 51% stake in House of Fraser and plough £70 million into the ailing retailer, before Mr Ashley barged in.