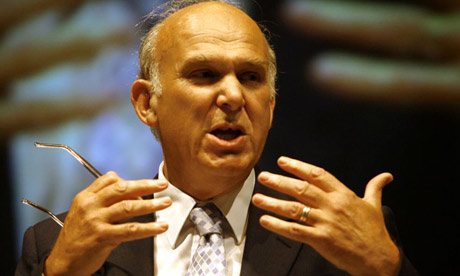 These will fully replace existing rules and are designed to create a robust framework within which directors’ pay is set, agreed and implemented. The revised regulations will:

The regulations follow last week’s announcement by the Business Secretary, Vince Cable of the most comprehensive and radical reform of the governance of directors’ pay in a decade, including the introduction of a new binding vote on company pay policy.

Business Secretary Vince Cable said: “Over the last decade directors’ pay has quadrupled with no clear link to company performance. At the same time company reports have become increasingly complex without giving shareholders the information they need.

“These regulations will significantly improve reporting. For the first time companies will be required to set out every element of pay that a director could be entitled to and how it supports long-term company strategy and performance. If the policy isn’t specific enough, shareholders will have a legally binding vote they can use to reject it.

“Companies will also have to clearly disclose directors’ pay in a single figure. This means that it will no longer be possible to mask what they are actually earning.

“I expect shareholders to use this new framework to maintain recent activism and challenge companies to inject greater pay discipline and prevent rewards for failure.”

To support the new shareholder voting regime, remuneration reports will in future be split in two parts:

A forward-looking policy report, which will be subject to the binding shareholder vote. Once approved, the company will only be able to make payments within the limits it allows.

For the first time, companies will be required to set out every element of pay that a director could be entitled to and how it supports the achievement of strategic objectives, the maximum value and performance measures that will be applied. The report will also set out:

A report on how the policy was implemented, which will be subject to an annual advisory vote.

This report will include details of actual payments made, set out as a single figure for the total pay directors received for the year. The figure will cover all rewards, including bonuses, long term incentives and pension provision. For the first time this will allow shareholders to make comparisons between the pay directors receive year-on-year, and between companies.

The report will also include:

In line with good policy making, the Government is inviting comments on the draft regulations before they become law.

The regulations are expected to come into effect from October 2013, alongside primary legislation on binding votes. Today the Government has also tabled amendments to the Enterprise and Regulatory Reform Bill that will allow the new voting regime to become law.