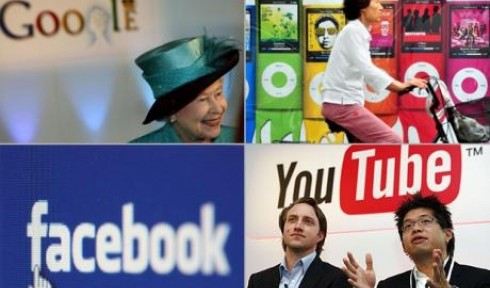 Over recent years social media has transformed the way we communicate, bringing people together and giving businesses the opportunity to open up a dialogue with their customers in new and innovative ways. This massive shift has taken the marketing world by surprise, opening up new opportunities, as well as posing new challenges.

Few businesses jumped into social media with both feet and those that did have not always done so successfully. Many businesses have ignored it altogether, steering clear of the challenges it brings, but also missing out on many of the benefits it can offer.

But maybe now is the time to change all that. Maybe we have finally reached the tipping point, where social media has crossed over from a niche activity to the mainstream. Facebook has experienced triple digit growth in the 35-54 age group for the past two years and, perhaps surprisingly to many, these users now make up over 28% of Facebook’s total user base. Similarly, recent research has show that 35-49 year olds are now the biggest age group on Twitter and both sites continue to report astronomical growth in their user numbers.

Of course, Twitter and Facebook aren’t the only social media sites of note. Trip Advisor, built around user travel reviews, and YouTube, to name but two, have also increased their popularity and grown their user base over recent years. In fact, many social media sites are now so mainstream it is hard to imagine a world without them. Many of us get sent more YouTube links every day than we know what to do with. In short, social media is fast becoming part of the media establishment and is now certainly here to stay.

The point is that social media can’t be ignored much longer and if you’re a marketing professional you really need to get a grip on the ins and outs of it. That way, when the time comes to make it part of your marketing strategy you’ll have a good enough understanding of it so that you can’t be bamboozled into ill advised campaigns by an over enthusiastic agency.

It doesn’t have to be a big task – almost every company has a few members of staff who are already using these sites heavily. Asking them for an introduction, finding out what they like and dislike, what they engage with and what annoys them would be a good start for most marketing managers. A major part of the challenge is to understand the rules of engagement. Failing that, opening a personal account on Twitter and using it daily, leaving comments on review sites or setting up a fan page on Facebook for your local football team will all give you an insight into the mechanics of social media. You’ll be able to test out your messaging, work out how to engage and discover what turns off your audience. In short, you’ll become part of the conversation, rather than an observer of it.

I believe this is fundamental to getting a social media campaign right. Understanding the medium as a user gives you an invaluable insight into how it can be used for marketing. There have been quite a few high profile social media marketing disasters in the last few years, but I’d hazard a guess that most of them came about because the people behind them didn’t have a full understanding of how to engage.

So, the message is simply, as a minimum, be involved. Get out there and poke some people, make a few friends, post some tweets, share some views and generally become part of what is already a very significant movement in the way that future consumers interact with each other, brands and business in general. 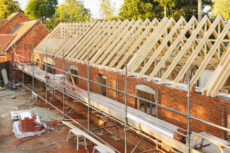 The price of timber has risen sharply with builders struggling to get supplies, as post-lockdown construction and DIY projects create huge demand.