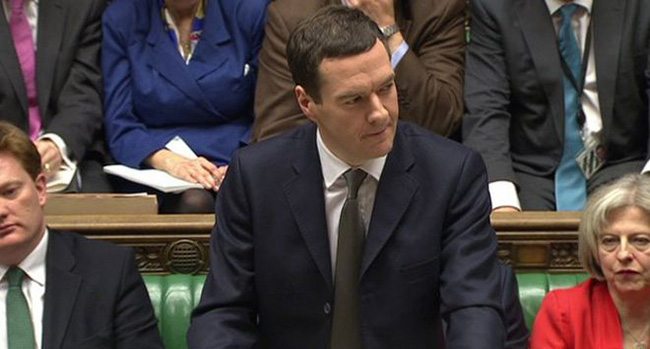 Setting out his tax and spending plans to MPs in his final Budget before the general election the chancellor said that he is likely to use stronger growth forecasts to ram home his message that his “plan is working” and warn against a return to “chaos” under Labour.

Setting out his plans in the Commons, Osborne said: “We took difficult decisions in the teeth of opposition and it worked. Britain is walking tall again.

“Five years ago, our economy had suffered a collapse greater than almost any country.

“Today, I can confirm: in the last year we have grown faster than any other major advanced economy in the world.”