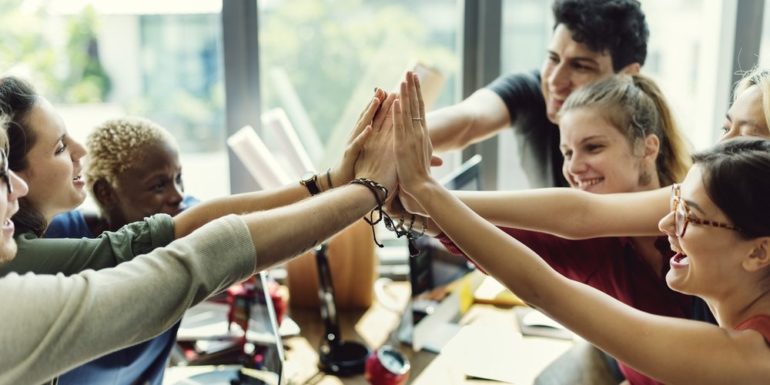 Creating a collaborative and friendly atmosphere in the workplace could be key to tapping into increased levels of creativity and productivity, new survey results suggest.

The survey revealed that more than six in ten workers value happiness over salary, indicating that the office environment plays a role in not only attracting talent but retaining the best employees too.

Even those motivated by salary valued workplace relationships saying that a setting that allows friendships to flourish could provide invaluable benefits for businesses. Some 57 per cent of respondents said having a best friend in the office made their time at work more enjoyable, while almost a third stated they were more productive. And over one in five said it boosted their creativity.

Mandy Chase, PA to the Board and Office Manager at Wildgoose, said: “The results of the Friends in the Workplace survey highlight just how important the office mood is in daily operations. It also indicates that some managers could be missing a trick.

“The benefits of creating an environment where colleagues are friends far outweighs the effort involved. 11 per cent of those surveyed stated they currently don’t have a best friend at work, but would like one. Managers who work to help foster these friendships, stand to benefit as their employees are likely to be more productive and creative as a result.”

The survey also highlighted the differences in attitudes across various groups and demographics.

Women were far more likely to prioritise happiness, with eight in ten placing it above salary, compared to just 55 per cent of males. The job level of an employee also played a significant role. For 85 per cent of managers, salary was deemed more important, while 70 per cent of entry-level, interns, and executives chose happiness.

The findings give businesses a better idea of what motivates their employees at differing levels of the hierarchical structure, thus, where to focus their team building efforts in order to have the biggest impact. Alongside this, the research has highlighted that by understanding what motivates employees could massively help to boost employee engagement and retain staff.