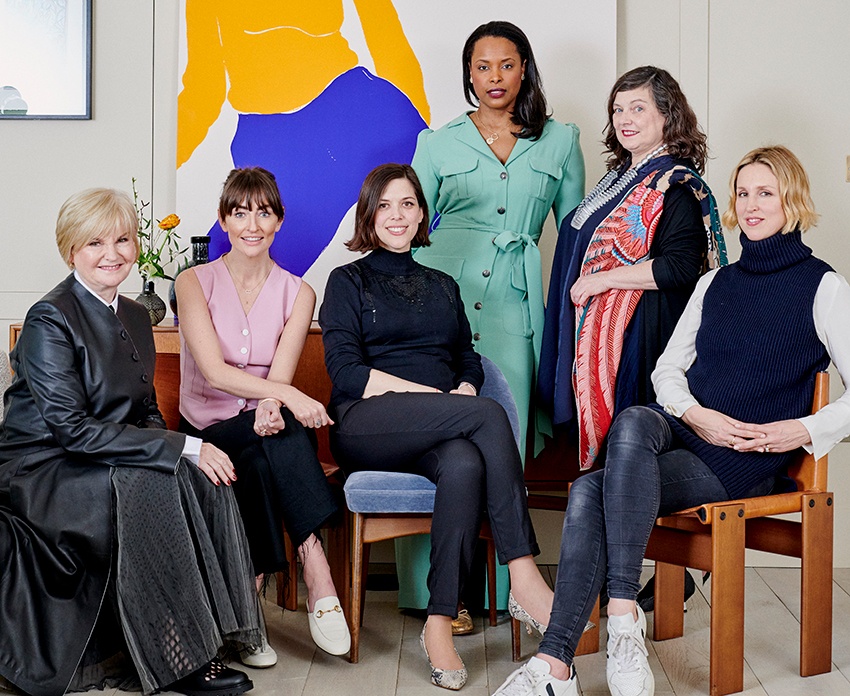 The finalists for the 2020 Bold Woman Award by Veuve Clicquot have been announced today, ahead of International Women’s Day.

Aimed at honouring the impact of female leaders and entrepreneurs across the UK, the award is a modern evolution of the Business Woman Award which has been running since 1972 and was the first and longest-running international accolade of its kind.

The awards continue to take inspiration from a woman whose tenacity and creativity led to entrepreneurial success, Madame Clicquot.

The 2020 edition is comprised of two categories: the Bold Woman Award and the Bold Future Award.

This award celebrates female leadership, honouring inspirational women with a track record of organisational and personal success. It is awarded to those who share the same qualities as Madame Clicquot: her enterprising spirit, her courage and the determination necessary to accomplish the transformation of her field.

The finalists selected by the panel of judges are:

The judging panel was impressed by Anne Boden’s achievement in becoming the first-ever British woman to start a bank and her commitment to ethical banking practices. With Anne Pitcher, panellists noted her innovation to grow the business in a tough retail market as well as her ongoing commitment to sustainability. In addition, the panel commended Vania Leles for her notable contribution to the diamond industry in such a short amount of time, pioneering the revolution of the ethical sourcing of gemstones.

Sian Westerman, member of the judging panel and Senior Adviser in Rothschild & Co’s Global Advisory division, commented: “This year’s nominees are some of the most determined and innovative women leading British business today. By boldly taking on challenges such as market turbulence and heavy industry competition, they are inspiring the next generation of female leaders to challenge convention and follow in their footsteps.”

The Bold Future Award, formerly known as the New Generation Award, was introduced in 2013 to celebrate innovative female entrepreneurship. Having been revived to recognise entrepreneurs of all ages, the winner of the Bold Future Award will emulate Madame Clicquot’s values of innovation, audacity, fearlessness and drive to act in the moment to optimise a gap in today’s market, by bringing in a new offer or revolutionising the face of the market itself.

The finalists for the Bold Future Award are:

Michelle Kennedy was chosen by the panel for her work in tackling tough topics such as infertility and loneliness in motherhood through continued innovation. Judges commented that Celia Pool’s work in innovating sanitary products is not only helping reduce plastic pollution but is also contributing to better health for women. Finally, panellists were impressed by the fresh approach of Ella Goldner’s business and her ability to mobilise and organise the best talent to tackle societal problems.

Pip Jamieson, member of the judging panel and Founder of The Dots, commented: “Entrepreneurship is a challenging path to take, however the availability of role models from all backgrounds like this year’s Bold Future Award nominees make a huge difference in inspiring women to take the leap. The shortlist demonstrates how the UK’s female entrepreneurs are not afraid to take on the big issues, and can achieve strong growth whilst keeping these values at the heart of their proposition.”

Jean-Marc Gallot, President of Veuve Clicquot, commented: “We created Bold by Veuve Clicquot as a way of breaking down barriers for female entrepreneurs across the world, so we are delighted to be announcing a shortlist full of pioneers and changemakers this year. All the women nominated demonstrate a daring approach to business as well as the determination to transform and create traditions in their fields – just as Madame Clicquot did two centuries ago.”

The winners will be announced at an award ceremony in London on the 14th May 2020.