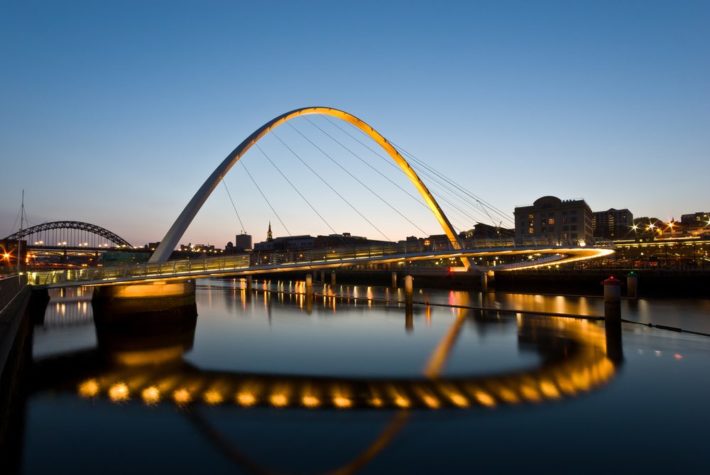 The North East has emerged as the most entrepreneurial region in the UK for women, according to new figures.

The figures show that the number of Start Up Loans issued to women in the North East is proportionally higher than in any other region in the UK.

The figures – published to coincide with International Women’s Day on Sunday 8 March – point to a spirit of entrepreneurship among women in the North East.

Among the female entrepreneurs in the North East to receive a Start Up Loan is Maria Caruana Galizia from Newcastle upon Tyne, who started her own business, Candle & Bell Productions.

She used a £7,000 loan to launch her company, which creates marketing videos for businesses. Maria had long been passionate about film production, having worked for the award-winning director Alejandro Amenabar, as well as for Scottish TV, BBC Worldwide, HBO and Sky.

The company is going from strength to strength, having been named as one of the top 50 Emerging Creative Companies in England in 2017, by Creative England.

The Start Up Loans scheme was established in 2012 to help people – wherever they are in the UK and whatever their background – to achieve their ambitions of starting their own business.

It provides fixed-interest loans of between £500 and £25,000 to aspiring business owners, many of whom might otherwise struggle to secure finance.

Maria Caruana Galizia, the founder of Candle & Bell Productions, said: “It’s incredible to think that seven years have passed since I founded Candle & Bell. I wanted to build a company that had inclusion and diversity at its heart, and one that champions regional talent and stories.

“The company has demonstrated its ambition to be a key part of the filmmaking community in the region, having produced 13 short films and countless video productions. I hope my story can inspire more women to pursue their dreams and become film producers.”

Flora Hamilton, CBI Director, Financial Services, said: “Start Up Loans continues to make a real impact in helping people, wherever they are in the UK and whatever their background, make their visions a reality. If we are to level up the UK we need to scale up businesses, and lifting women’s enterprise is an essential part of this.

“Growing UK businesses don’t lack strategy, ambition or talent, but all too often, they’re not getting the finance they need to take their business to the next level. We want the UK to be the best place in the world to start and grow a business, and access to the right finance is critical to make that happen.

“With 40% of Start Up Loans having gone to female founders real progress has been made. It is fantastic to see the North East leading the way this International Women’s Day but more needs to be done. Smaller firms are agile, they innovate, they disrupt, they challenge the status quo ensure there’s healthy competition – which is great for customers as well as the wider economy. We look forward to continuing to work with Start Up Loans and the British Business Bank to unleash their potential.”

Start Up Loans also helps to address regional imbalances when it comes to funding people set up a business. The scheme has issued more loans to entrepreneurs in the North of England than in London – £151 million through 18,612 loans compared to £128 million through 15,841 loans.

In addition to finance, Start Up Loan applicants receive support from an experienced business advisor to help them prepare a business plan and cash flow report, and loan recipients are offered 12-months of free mentoring to guide them through the early stages of their business journey.