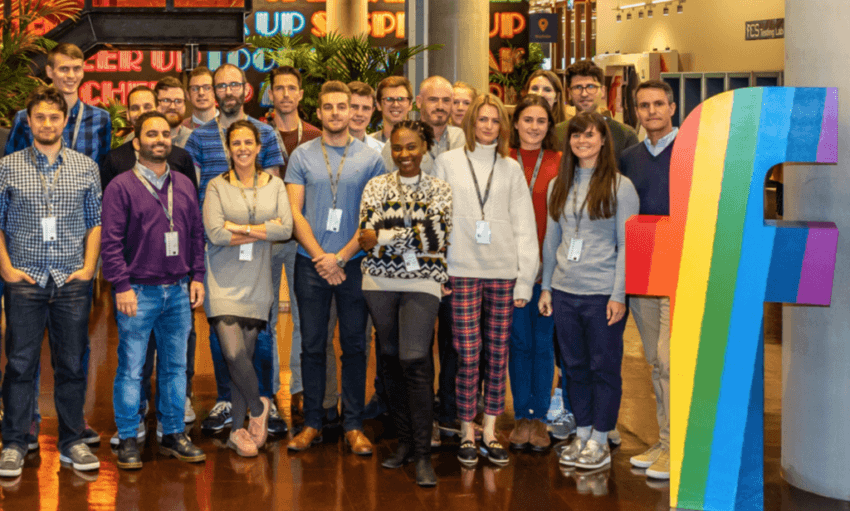 Facebook is today celebrating 11 businesses that have graduated from the third chapter of its successful Facebook Accelerator London programme.

The programme has supported 25 emerging start-ups in total and, in this latest iteration, has been open to start-ups from across Europe, the Middle East, and Africa for the first time.

The Facebook Accelerator London, is open to high-growth start-ups who are creating impact at scale using artificial intelligence (AI), virtual and augmented reality (AR/VR), or other Facebook products and technologies. The initiative encourages start-ups that are harnessing the power of technology to have a positive impact on the world, including companies who are improving digital connectivity around the globe.

Milestones achieved by the graduating class during their time in Facebook Accelerator London, include:

The 11 start-ups in this graduating cohort have undergone a 12-week programme where they have worked closely with Facebook mentors, including product managers, data scientists, marketers, recruitment specialists, and engineers. The Facebook Connectivity team also worked to support the companies that were building solutions to remove digital connectivity barriers – including those looking to bring faster, cheaper and better connectivity and internet services to people, were making information more readily available, or improving digital literacy.

Steve Hatch, VP for Northern Europe at Facebook said: “Fostering innovation is at the heart of what we do at Facebook and we’re passionate about supporting the next generation of start-up businesses. It has been a privilege to watch these start-ups grow during their 12 weeks with us. Seeing so much exciting entrepreneurial talent come together here in our London engineering hub has been very special, and we look forward to watching each of these start-ups go from strength to strength as they graduate from the programme.”

Digital Minister Caroline Dinenage said: “Britain is one of the world’s top tech hubs, with founders across the country turning great ideas into successful businesses and creating new jobs and wealth. We are also attracting record levels of investment thanks to our long-standing reputation for innovation and business-friendly environment. Facebook’s continued investment in this programme means more tech for good startups from across the world will come to the UK to learn new skills and share best practice.”

Research commissioned by Facebook from Copenhagen Economics estimates that around 25 million businesses in the European Union, mostly small businesses, are using our services each month, and that more than 375 million people from around the world are connected to a small-to-medium sized business from the UK. When looking at the top ten fastest growing British tech startups*, over half a million people are connected to them on Facebook, representing the important role Facebook plays for startups across in the UK, Europe, and beyond.

Start-ups graduating from this chapter of Facebook Accelerator London:

UK start-up Collective Benefits provides insurance and employee benefits for the gig economy worker. The team went into Facebook Accelerator London aiming to sign an enterprise client deal and have used the office space extensively to conduct meetings with potential hires, investors, and funders. From this they’ve raised £3.3m in seed funding, opened positions for 5 new roles, and refined their go-to-market strategy with the aim of closing some particular deals in February.

German start-up Lesan builds instant translation tools for low-resource languages so more communities can access the content on the web. This allows companies to enter these customer segments and grow their revenue. The team’s aim when entering Facebook Accelerator London was to improve the quality of their machine translation system, which they’ve achieved beyond expectation. They’ve also delivered a higher-performing solution for their first trial customer Versus.Africa, and are exploring the opportunity to migrate to Facebook fairseq to power their translation technology.

Split UK and Egypt-based start-up Knowledge Officer develops personalised learning solutions for those who want to assess their skill gaps and get employment. The team started at Facebook Accelerator London looking to improve the scalability of their platform by reducing downtime and increasing the number of unique user profiles they can ingest, which they’ve achieved. The team has also worked on a live demo and a range of showcase events from which they hope to drive customer conversion.

Aiming to become the ‘Spotify for learning’, Funzi is an ed tech mobile app that delivers educational content to learners and is optimised for markets with minimal access to data. Funzi’s target going into Facebook Accelerator London was to drive user acquisition for both freemium and premium content, and through working with Facebook mentors, the team have been able to develop a pilot to deliver educational content on entrepreneurship. Funzi is a Finnish start-up.

South African start-up Turn helps social enterprises use messaging services like WhatsApp or Android Messages to nudge people towards their goals and keep in contact with the people they work with, at scale. The team’s ambition for their time in Facebook Accelerator London was to upsell existing customers to a new suite of products, specifically a new product dashboard. They have since created a strategy to implement this dovetailing with the development of their new dashboard product.

Botswanan start-up Brastorne Enterprises provides low cost mobile services, including messaging and internet services, in rural areas through USSD, IVL, and SMS technology. The team hoped to achieve two goals during their time in Facebook Accelerator London. The first was to launch the brand in new markets through an elevated value proposition for MNOs, which they’ve done. The second was to improve user retention. To achieve this, the team has logged all customer interactions to help build an analytics dashboard to better understand customer engagement.

German start-up Tizeti is an ISP start-up that provides customers with cheaper internet access (30% – 50% cheaper relative to traditional data plans) by leveraging a combination of low-cost wireless capacity and low-cost solar panels to create a network of owned operated towners. The team hoped to use their time in Facebook Accelerator London to build scalable technical infrastructure to power internet access for their users, and have adopted Facebook’s Magma technology to support the network’s growing infrastructure.

UK start-up Newpath is a mobile financing solution operating in emerging markets. Newpath’s technology enables consumers to have higher end mobile phones and data plans, by reducing functionality of devices for customers who don’t keep up their repayment plans as a way to hedge risk or the operators. The team’s aim during their time in Facebook Accelerator London was to secure an agreement with a MNO in an emerging market. They currently have around 20 meetings lined up with top telcos focused on their prioritised markets and are looking to secure and close deals in the near future.

UK start-up Augnet reduces the cost of SMS verification texts by integrating their tech into phones. The business’ end-goal is to disintermediate mobile network operators entirely and put code directly into the device so that messaging companies can communicate directly with users.The team’s aim during their time in Facebook Accelerator London was to refine its value proposition to secure funding and operator/network deals, launch its first customer, and streamline the onboarding process. Augnet has managed to secure a £500k Enterprise investment grant as a result of refining their proposition, have launched their first customer successfully, and set up account management tools to enable scale.

UK start-up GAIUS Networks is a social media application providing access to the consumption and production of hyper-localised content in frontier markets. The team went into Facebook Accelerator London hoping to secure an agreement with a telco partner in an emerging market to drive user adoption. They have since been able to form a clear go-to-market strategy and refined value proposition for those partners.

Converged Technology Networks is an internet service provider based in Malawi, which focuses on providing public wifi hotspot infrastructure and unbundled data plans to its local market. The team went into Facebook Accelerator London looking to reduce the deployment time of their public wifi infrastructure from two weeks, down to a couple of days. During their time in the programme, the team has started “lite” onboarding onto the Facebook Express wifi platform, and is using the technology to reduce customer support requests, which in turn is reducing deployment times.