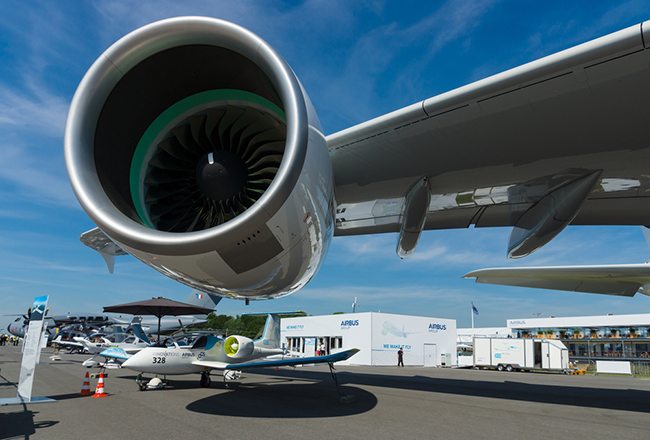 This loan is the largest ever given by Europe’s long-term lending institution to Rolls-Royce for investment in research and development. The EIB-backed loan supports the development of the higher thrust version of the Trent XWB aero-engine.

The 7 year EIB loan is one of the largest ever agreed between the European Investment Bank and a UK company. The EIB has provided more than GBP 723 million for investment by Rolls-Royce in the UK in the last decade, as well as supporting research and development by the company elsewhere in Europe.

“The European Investment Bank is committed to supporting long-term investment in research and development across Europe and we are pleased to have helped strengthen manufacturing by Rolls-Royce in Derby over many years.

Investment to help develop new engines builds on the unique strengths of Rolls-Royce and will help to ensure that cutting edge skills and engineering techniques build better and more efficient engines for the global airline market,” said Jonathan Taylor, European Investment Bank Vice President today, during a visit to Rolls-Royce’s facility in Derby, UK, which is the production centre for the Trent XWB.

Since the beginning of this year, the Trent XWB-84 – the world’s most efficient large aero engine – has been powering the Airbus A350 XWB airliner in commercial service. The forthcoming larger version of the aircraft – the A350 XWB-1000 – will employ a different version of the Trent family, the 97,000lb-thrust Trent XWB-97. The engine is currently undergoing a rigorous test regime as it prepares for first flight later this year and subsequent entry into service on the A350-1000 in 2017.

Rolls-Royce employs over 54,000 people and is one of the world’s leading producers of aero engines for large civil aircraft, corporate jets and the defence market. Last year the company invested £1.2 billion in research and development activities.

Since 1973 the European Investment Bank has supported industrial investment across the UK through more than £7 billion of loans for research and development by companies including Airbus, Ford, Nissan, Johnson Matthey, Smiths, BMW, GKN and Oxford Instruments.

Last year the European Investment Bank provided a record £6 billion for long-term investment in key infrastructure across the UK, including support for new hospitals, better water and sewerage infrastructure, renewable energy and energy transmission and private sector investment including corporate research and development.