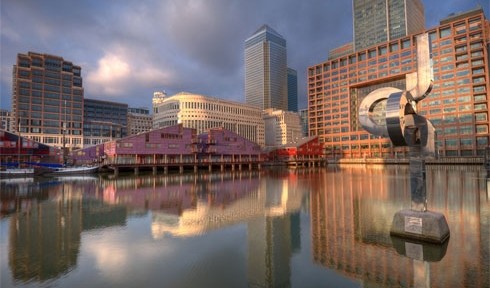 George Osborne is plotting a UK SME and manufacturing revival with recreation of ‘enterprise zones’ and £100m business tax cuts.

Enterprise zones, which were one of Margaret Thatcher and Michael Heseltine’s flagship schemes during the early part of the last Conservative government are set to be revived, George Osborne has announced.
The Chancellor has signalled plans to cut business taxes in ten areas of the country to fuel jobs growth and investment.
The £100million initiative in this month’s Budget will also see planning laws relaxed in the special zones.
Business rates – currently set and collected centrally – will be cut with councils allowed to keep the remaining revenues.
The enterprise zones of the 1980s saw the redevelopment of the London Docklands and Liverpool. This time, however, they will be focused on areas with high growth potential – not just physical decline.
Speaking at the Welsh Conservatives’ spring conference in Cardiff, he said: ‘We cannot place all our bets on the City Of London. Wouldn’t it be great if Britain made things again?
‘What I want to see is a manufacturing revival and the forthcoming Budget is going to be unashamedly pro-growth, pro-enterprise and pro-aspiration. It will look at the planning delays, the new regulations, the bureaucracy and the costs that hold business back and stop jobs being created.  We will confront the forces of stagnation that stand in the way of success, bring down new barriers that stop Britain getting back on its feet.
Mr Osborne said the new enterprise zones would be areas for new businesses where ‘taxes will be even lower’ and restrictions on growth removed.
Ahead of the announcement, a Treasury source revealed: ‘Incentives will be tailored to the needs of each local economy, but zones will offer radically simpler planning rules and discounted business rates.
Whilst Osborne failed to identify the areas to be re-classified, he did say: ‘We will identify zones with real opportunities for growth, and create bespoke incentives tailored to the needs and aims of the local economy. Radically simpler planning and discounted business rates will be at the heart of the new zones.
‘But we will look at other measures too – for example superfast broadband roll-out.’
He said today that Britain must move from ‘securing financial stability’ by starting the long process of getting its public finances back in order to ‘secure consistent growth’.
Mr Osborne plans to drive growth by cutting corporate tax rates, and reforming the education sector. Steps are also expected to try to increase trade with economies such as India and China; cut red tape; improve infrastructure, and loosen the planning system.
The last government spent £21billion over ten years on regional development agencies – but regional disparities worsened.
Growth in all English regions, except London, was lower between 2002 and 2008 than in the previous ten years and during the period between 1998 and 2008 for every private sector job created in the North and Midlands ten were created in London and the South.