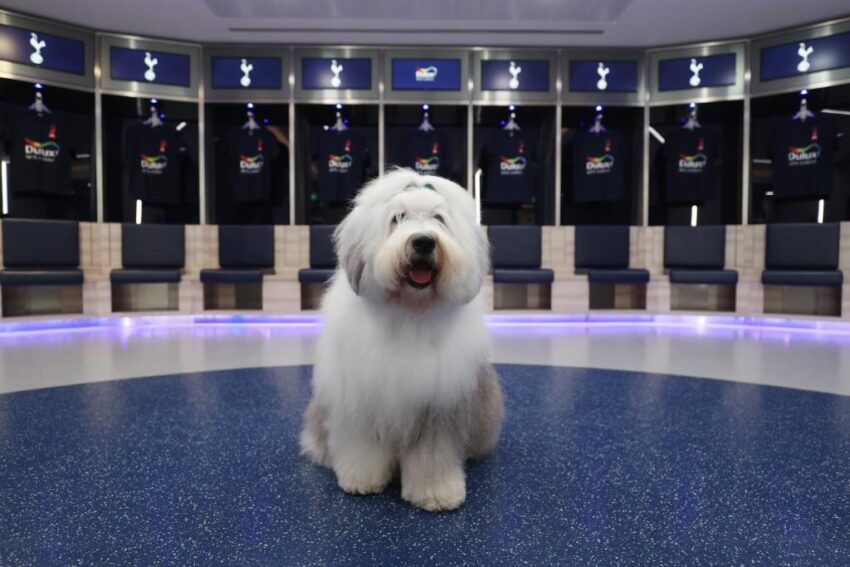 Dulux has apologised after making fun of Tottenham Hotspur – immediately after being signed as their new sponsor.

The paint brand said it was “deeply sorry” for social media posts that mocked the team’s performance and would investigate them.

To kick things off the Dulux Dog took a tour of the stadium to inspect the decorating work that’s underway…#Dulux #THFC #COYS pic.twitter.com/qI6HbgZP2U

The apology came after the paint supplier announced its new partnership with Spurs on Twitter on Thursday.

It posted a picture of the famous English sheepdog it uses in adverts getting a pretend tour of New White Hart Lane.

But as comments from fans started to roll in, the brand’s responses took an unexpectedly sarcastic turn.

Responding to one message asking whether the Dulux dog could play centre back, it said: “He might do a better job.”

Another post asked if the brand planned to repaint the trophy cabinet, prompting a reply that surfaces should be “dust free” before painting.

A third comment showed an empty trophy cabinet for sale.

The unusual responses were quickly deleted, but fans of rival clubs were quick to join in.

An apology statement quickly followed, saying: “We’re deeply sorry for the posts from Dulux this morning in response to the announcement of our relationship with @SpursOfficial.

“These do not reflect how proud we are to be the Official Paint Supplier of the club. We’re investigating what happened and apologise to all Spurs fans.”

Manager Jose Mourinho appeared bemused when he was asked about it ahead of Spurs’ match against Everton on Friday.

“I don’t know what you are speaking about but maybe it is an amazing strategy move,” he said.

“But in any case, it is not a football-related thing and I don’t know.”

Tottenham have not won a major title since 2008 when they lifted the League Cup trophy.

Before that their most recent top achievement was in 1961 when they won the old First Division.