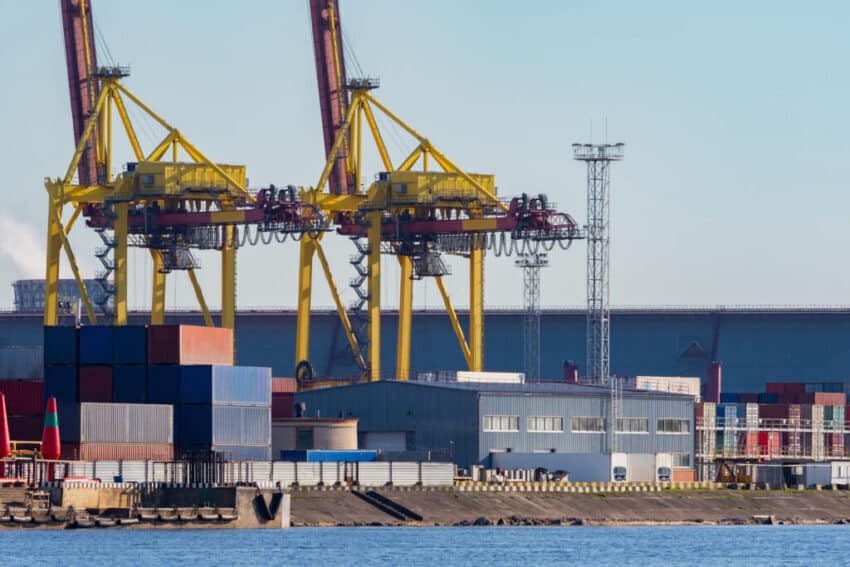 Disruption in the global container shipping industry shows no sign of being resolved quickly and could lead to shortages in the run-up to Christmas, say industry experts.

An outbreak of Covid-19 in Guangdong province in southern China has caused acute congestion at the region’s ports.

As a result, shipments have been delayed, exacerbating tensions within global supply chains.

And the knock-on effects could take many months to resolve.

The problems in Guangdong are just the latest in a series of severe setbacks for the industry. Shipping firms have been struggling to cope with dramatic fluctuations in demand triggered by the pandemic, as well as the consequences from the recent blockage of the Suez Canal.

The global nature of the sector, and the lack of spare capacity within it, means that problems in one region can have ripple effects around the world for several months.

“One of the biggest ports in China has basically closed down for close to three weeks. They have some berths in operation, but nowhere near enough”, says Nils Haupt, communications director at the German shipping line Hapag-Lloyd.

Over the past few days, shipping lines have been diverting vessels away from Yantian to other nearby terminals in the Delta area. But, according to Mr Haupt, that has been creating its own problems.

“You can use ports like Shekhou, you can use Nansha, you can use Hong Kong; but what we’re seeing right now is that delays are piling up there as well,” he says.

The growing crisis in southern China is just the latest blow to hit the shipping industry, which has been suffering from acute disruption for more than a year.

A dramatic slowdown in the early stages of the pandemic was followed by a frenzy of activity, as customers, unable to travel or socialise in their normal ways, ordered more consumer goods.

This sudden shift in demand, from famine to feast, threw delicately balanced supply chains out of kilter. Ports in Europe and North America became clogged, with too many vessels arriving at the same time, while the supply of empty containers for new consignments dried up, because too many of them were sitting at quaysides around the world.

Then came the blockage of the Suez Canal in March. The closure of one of the world’s busiest shipping lanes delayed hundreds of ships. But when it reopened the sudden arrival of the delayed vessels triggered new congestion at European hubs such as Rotterdam and Antwerp.

“We were just beginning to see light at the end of the tunnel,” says Mr Haupt. “But then unfortunately we ran into this situation in Yantian.”

According to Peter Sands, chief shipping analyst at the industry organisation Bimco, the sector is used to responding to crises.

“On a global network scale, these states of emergency are a permanent situation right now,” he explains.

“But the issue with Yantian is, we need more transparency and openness from the local authorities. And we aren’t getting that, which means there is a lot of uncertainty in developing contingency plans.”

The hope within the industry is that the situation in Yantian will be resolved as rapidly as possible, although experts warn that when that happens, it will lead to a surge in shipments from the region, which could cause further bottlenecks elsewhere in the supply chain.

For this reason he expects the disruption to continue for at least another 12 months, with consumers in Europe and North America continuing to face much longer waits than normal for their goods.

For UK retailers, this raises the real prospect of a shortage of goods ahead of the Christmas shopping period. Even under normal circumstances, they begin to acquire seasonal stocks from China months in advance, with the process beginning in the late summer.

“One of the issues at the moment, which is aiding the congestion, is the fact that everyone knows that the lead times are really slow, so retailers are booking their Christmas goods already,” says Mr Baker.

“Traditionally, the peak season for container shipping starts in the third quarter as everyone stocks up for the holiday season in the west, but this year we’re just in a permanent peak season already, and heaven knows what’s going to happen come August or September. It could get crazy. It’s very hard to tell.”

The situation could improve, he says. But, slightly tongue-in-cheek perhaps, he has some advice for consumers: “If you want to get something for your family for Christmas, start shopping now.”