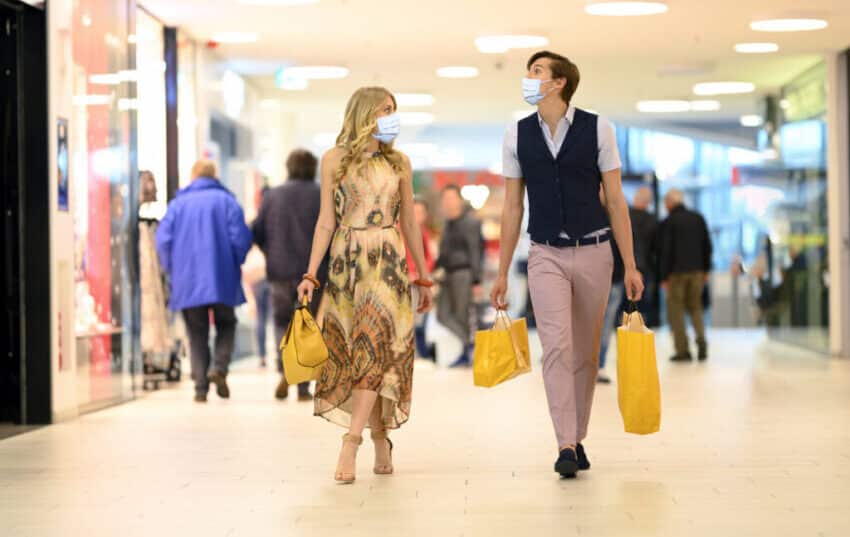 Household confidence has surged to its highest level since the start of the pandemic on the back of the government’s announcement of a road map out of lockdown, a closely watched survey suggests.

GfK’s consumer confidence index rose by 7 points to -16 in March as households responded to the news, delivered on February 22, that social distancing restrictions could be lifted by the summer.

The rise in the index was driven by optimism about household finances. The index measuring changes in personal finances rose by 6 points to -2, just 4 points shy of the +2 per cent recorded before the pandemic hit last March.The forecast for personal finances over the next 12 months was also up 6 points at 10 per cent, 7 points higher than this time last year.

Household finances have held up reasonably well during the pandemic as the government’s income support schemes have protected incomes, while consumption has dropped sharply because of the repeated lockdowns. GfK said that the chancellor’s decision to continue supporting workers by extending the job retention scheme until September had also helped to support optimism.

Joe Staton, client strategy director at GfK, said: “Spring is in the air on the back of well-received budget announcements, the successful vaccine rollout and road maps in place for ending lockdown. If this improved mood translates into spending, it might help reverse some of the economic damage the UK has suffered.”

Britain’s labour market is fragile, with unemployment expected to climb to between 6.5 per cent and 7.5 per cent this year, but UK households have built up hundreds of billions of pounds in savings during the lockdowns.

Economists believe that between 5 and 10 per cent of these savings will be spent when restrictions are lifted, helping to fuel the economic recovery.

Andy Haldane, chief economist at the Bank of England, has compared the economy to a “coiled spring” that will rebound sharply when life returns to normal.

“Having been bottled in for a year, most people are desperate to get their lives, including their social lives, back. When given the opportunity to do so safely, they will seize it,” he said in an interview last month.

GfK’s report indicates that consumers are gearing up to spend. Its major purchases index, which measures expenditure on expensive items such as holidays, rose by 8 points to -11 per cent.

“It is highly likely this upward trajectory on all measures will build over the next six months and beyond,” the report said.

The savings index also rose by 2 points to 21 per cent, which is 11 points higher than at this time last year.

Economic activity is expected to rebound sharply as restrictions are lifted this year. According to the Organisation for Economic Development, the UK economy will grow by 5.1 per cent this year, up from a previous forecast of 4.2 per cent.

Consumers are also hopeful about the economy’s prospects. Expectations for the general economic situation over the coming year jumped by 13 points to -17, 10 points higher than in March 2020. By comparison, the measure for the UK’s general economic situation during the last year rose by 4 points to -60, 37 points lower than in the same month last year.