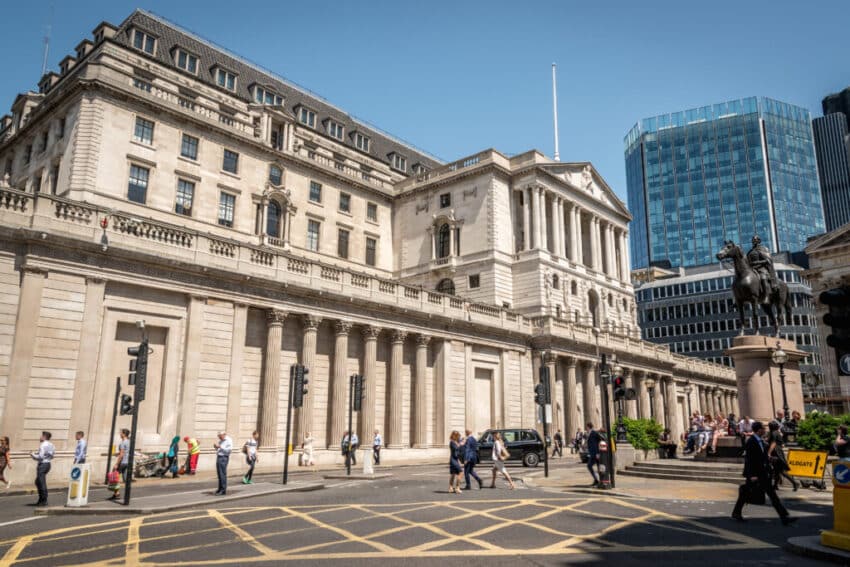 Government borrowing costs hit a one-year high as markets repriced for recovery and inflation after the Bank of England said the economic rebound was ahead of schedule and kept monetary policy on hold yesterday.

Ten-year gilt yields rose 0.04 percentage points to 0.9 per cent after the Bank said that the news on near-term economic activity had been positive since last month. The break-even inflation rate, a market proxy for inflation expectations, rose to its highest level since early 2019.

The Bank expects inflation to return “swiftly” to the 2 per cent target but said it can see no sign of an underlying surge in prices. It shrugged off concerns about rising borrowing costs, saying that an aggregate measure of UK financial conditions had been broadly unchanged since February.

The assessment came in the minutes of this month’s monetary policy committee meeting, at which the nine members voted unanimously to hold rates at 0.1 per cent and leave the quantitative easing programme unchanged at £895 billion. It has £110 billion of the programme to complete by the end of the year.

The decision not to respond to higher gilt yields, which have risen fourfold this year, echoed the US Federal Reserve but stood in contrast to last week’s decision by the European Central Bank to step up the pace of quantitative easing. The ten-year gilt yield later slipped back to 0.875 per cent but remained at its highest level since last March.

The Bank made it clear that the economy is on track for a swifter rebound than it forecast last month but stopped short of announcing an upgrade. A full assessment will be in its May outlook.

The 2.9 per cent fall in GDP in January was “less weak than expected” and the government’s road map out of lockdown “envisaged that restrictions could be lifted somewhat more rapidly than had been assumed”.

Recent events were “consistent with a slightly stronger outlook for consumption growth in the second quarter than had been anticipated” and a “more moderate” rise in unemployment. The February forecast was for unemployment to peak at 7.75 per cent later this year and the economy to recover to its pre-crisis level by the start of 2022.

Andrew Bailey, the governor, has signalled that the Bank is likely to move closer to the Office for Budget Responsibility’s forecast that unemployment will peak at 6.5 per cent.

The minutes added that Rishi Sunak’s £65 billion budget stimulus was a “material fiscal loosening in the near-term” while America’s $1.9 trillion stimulus was twice as large as expected and “ would have spillover effects for demand across the world, including in the UK”.

Andy Haldane, the chief economist, said: “As I’ve been saying for months . . . I do think more likely than not we are [set] for a rapid-fire recovery. That is coming, and I think that is coming soon.”

The committee was divided on whether the medium-term outlook for growth and inflation had changed. “Different MPC members placed different weights on the balance of risks around the outlook,” the minutes said.

The Bank reiterated that it would not change policy “at least until there was clear evidence that significant progress is being made in eliminating spare capacity and achieving the 2 per cent inflation target sustainably”.

Martin Beck, UK economist at Oxford Economics, said: “The policy outlook continues to be one of inaction for the next few years.”