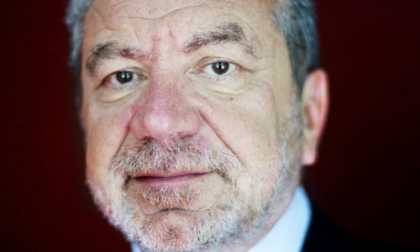 The
BBC said that Sugar, who will also take a seat in the House of Lords
following Gordon Brown’s cabinet reshuffle earlier this month, has
agreed not to make any public appearances in his new government role in
the run-up to next year’s show or while it is on air, and also around
the forthcoming junior spinoff.

“Rather than set my mind at ease,
the justifications for allowing Sir Alan to take up his government role
given by the director general actually makes things worse,” said Hunt.

“Having
therefore now exhausted the complaints procedure with the BBC I would
now like to make a number of official complaints to the BBC Trust about
a breach of editorial guidelines.”

Hunt said Thompson’s letter
stated that Sugar will attend some cabinet or official government
meetings if he is a “guest or invited attendee to give presentations or
to inform debate”. He argued that even this level of involvement is a
conflict of interest.

In Hunt’s letter to the BBC Trust he also
lodges an official complaint about The Andrew Marr Show broadcast on
BBC1 on Sunday 7 June, two days after the announcement of Sugar’s
appointment.

Hunt claimed Sugar’s appearance on the show, which
aired on the same day as the final of The Apprentice and included a
discussion of his government role and the TV show, is an example of a
potential breach of editorial guidelines for a BBC employee.

“This is the first time I have made a complaint about BBC bias so I hope you do not take it lightly,” says Hunt in the letter.

“I
honestly believe that having a prominent member of the government
fronting a programme about the same set of issues his position relates
to, and who already has a track record of mixing the two roles, is a
direct breach of the much-needed political independence of the BBC. I
look to the BBC Trust to guard against such a threat.”

What are your thoughts over Sir Alan’s continued involvement in The Apprentice?