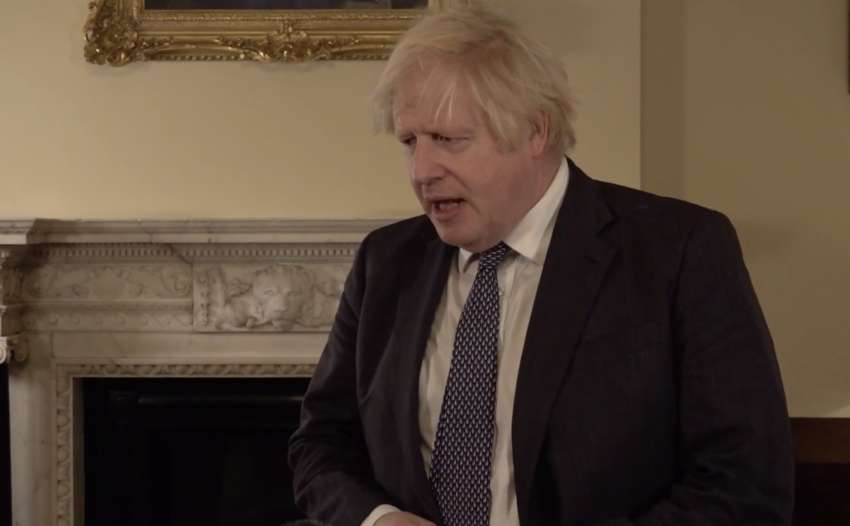 Boris Johnson is unlikely to impose further coronavirus restrictions before Christmas after delaying a decision yesterday.

The prime minister called a cabinet meeting to discuss the latest data on the spread of the Omicron variant and whether a two-week circuit breaker banning indoor mixing was needed.

Speaking after a cabinet that ran more than two hours, Johnson said that he would wait until the data was clearer before taking further action. “But we will not exclude going further if we have to to protect the public”.

He said that the government was looking at the latest data on an “hour by hour” basis.

He said: “In view of the balance of risks and uncertainties, particularly around the infection hospitalisation rate of omicron — how many people does Omicron put into hospital — [and] some other uncertainties to do with severity and booster effectiveness, we agreed we should keep the data from now on under constant review. Keep following it hour by hour.

“Unfortunately I must to say to people we will have to reserve the possibility of taking further action to protect the public, protect public health and protect our NHS.”

The indecision came as more than 100,000 people tested positive for Covid in a single day for the first time.

Johnson has pledged to recall parliament if he decides to implement further restrictions, a process that takes 48 hours. Given that millions of people are travelling for Christmas in the coming days, a government source said that the logistics meant it was unlikely there would be pre-Christmas restrictions.

A government source said: “The data isn’t there yet to justify further restrictions. There’s still so much that we don’t know about the severity of the variant and the extent to which vaccination and boosters sever the link between cases and hospitalisations.”

However, ministers are still considering plans for a circuit breaker after Christmas. This would ban people from different households from mixing indoors and introduce possible restrictions on hospitality. December 28 has been pencilled in by officials as a possible starting point for new curbs — taking into account the 48 hours needed for recall.

The delay prompted a cabinet split with Sajid Javid, the health secretary, warning ministers that no decision is a decision in itself as Omicron numbers continued to surge and hospitalisations rose in London. He asked outside experts to “kick the tyres” of government modelling but none of them was able to reassure him that Omicron would prove less severe.

However, Jacob Rees-Mogg, the leader of the Commons, said that instead of imposing more restrictions the government should trust people to make the right decisions to protect themselves and their families.

Professor Andrew Hayward, an epidemiologist who attends the government’s Scientific Advisory Group for Emergencies (Sage), warned that the later restrictions were needed the more “intense” they would be. He told the BBC that tens of millions of people could catch coronavirus this winter.

The prime minister expressed hope that the mass cancellation of social events in recent days could spare the nation more restrictions, saying people’s decision to be more cautious was “very helpful”. He added: “Omicron has simply exploded so fast that we’ve seen people naturally deciding to make sure that they protect themselves and they avoid spreading the disease. The benefits of that course of action we may see in the next few days and weeks in the way we’re able to contain the disease.”

He said that “in many ways I regret” the impact on the hospitality industry of the mass cancellations but he declined to commit to any further support. Johnson is drawing up with Rishi Sunak, the chancellor, a package in the event that further restrictions need to be introduced.

The prime minister was facing the prospect of a cabinet revolt if he pushed ahead with restrictions, however, led by Sunak, who has repeatedly questioned the basis for assumptions in the official modelling.

During the cabinet meeting ministers discussed options for restrictions, including a ban on large live events such as football matches and concerts. No decision was taken.

Matthew Taylor, chief executive of the NHS Confederation, said: “Health leaders are not calling for further restrictions as they know these can be very damaging to people’s health and wellbeing, but given the rising cases of coronavirus and the rapid spread of Omicron, they feel it is now a question of when rather than if they will be needed.”

Speaking for the first time since he resigned on Saturday, Lord Frost, the former Brexit minister, said that while he supported Johnson personally he could not back the ‘coercive’ rules.

The Times disclosed yesterday that Sunak was one of at least ten cabinet ministers who were resisting calls by scientific advisers for tougher curbs to be introduced before Christmas.

Sunak is said to have wanted to delay introducing restrictions until the information became clearer. He also suggested that more models be considered before making a decision that could cost the economy billions.

There were suggestions that there could be more resignations if Johnson pushed ahead and announced new Covid restrictions.

Asked if there could be further resignations, Frost told Sky News: “I can’t speak for anybody else. I can only say what I think, which is that I don’t support coercive policies on Covid. The prime minister’s got some very difficult decisions to take and I’m sure he’ll be thinking very hard on them.”

He added: “I left the government, as I think is well known, because I couldn’t support certain policies, most recently on Covid restrictions and plan B. If you’re a minister, you have to support to collective responsibility, you have support decisions of the government, and I couldn’t so that’s why I had to leave.”

Frost said he was “absolutely confident this country has a great future under Boris Johnson’s leadership if we can get the policies right”.

Sage has said the emergence of the Omicron variant means that without action, 3,000 patients a day could need a hospital bed, with pressure rising the longer ministers delay introducing restrictions.

Sir Patrick Vallance, the chief scientific adviser, told ministers at the weekend that new restrictions should be introduced as soon as possible to stop the NHS being overwhelmed.

One senior Conservative questioned whether Johnson would be able to implement further restrictions after the resignation of Frost. They said doing so would lead to an unprecedented rebellion by Tory MPs.

Professor John Edmunds, who sits on Sage, told media that delaying new restrictions could result in millions more infections. “We’re close to the point where there already may be enough cases in the system to overwhelm the NHS,” he said.

However, one minister said they needed more information about Omicron before moving towards further restrictions. “Is it right to make decisions on information that is incomplete and models that have been completely wrong in the past,” they asked.

The minister said “everyone questioned the data and [highlighted] its incompleteness” during the cabinet briefing with Vallance on Saturday. “Hospitals are not being overwhelmed,” they said. “We’re in a battle to save Christmas. Sajid and Gove are mad for it [further restrictions].”

Edmunds said it was possible that the UK had as many as 400,000 Omicron infections yesterday and that the doubling time is believed to be roughly two days.

Updated figures on the government’s daily coronavirus dashboard, breaking down cases by the date a specimen was taken, show 102,297 swabs taken on Wednesday, December 15, came back positive.

Subsequent days are also likely to hit six figures once results feed through from laboratories.

Figures on cases by the date they were reported record that today there were another 91,743 positive tests, with the seven-day average up 60.8 per cent.

Professor Sir Mark Walport, another member of Sage, said a second Christmas could be “significantly ruined” but that new measures were necessary. Asked on Sky News if the data suggested further restrictions were needed immediately, he said: “In a word, yes.”

A Cobra meeting with the devolved governments was held yesterday after which the government announced it was doubling funding for them to tackle coronavirus.