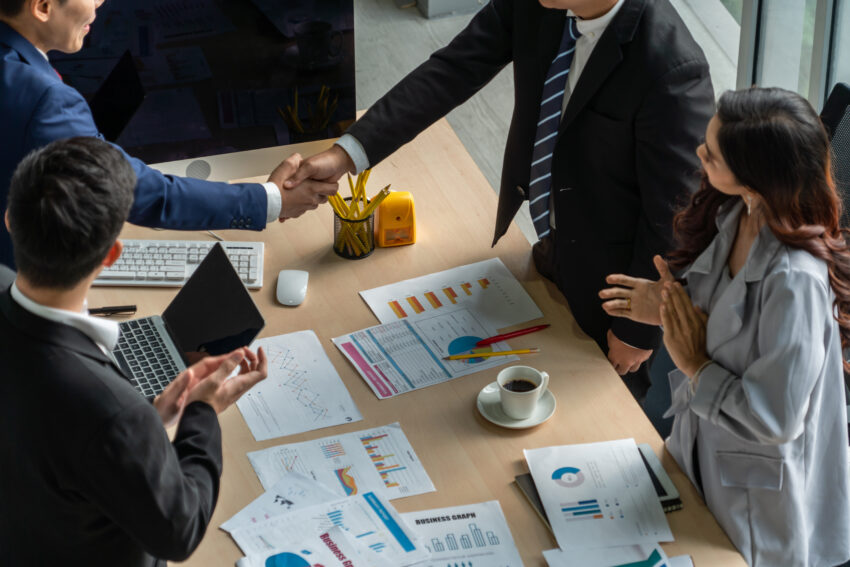 There is always a rush to complete any outstanding deals before year end. Often, this isn’t realistic, and completion gets postponed to January.

However, as Keith Spedding, corporate partner at law firm, Shakespeare Martineau  explains, deal slippage this year could delay things even further, with the introduction of the National Security & Investment Act on 4th January 2022.

After receiving royal assent in April 2021, the Act allows the Government to vet acquisitions and investment in 17 areas judged to be sensitive, including artificial intelligence, energy and transport. If transactions fall within these sectors, and over 25% of the business is to be sold, there is a mandatory notification regime that must be undertaken before a deal completes. This applies to transactions of all sizes, whether they’re worth millions of pounds or just one.

The organisation that should be notified is the Investment Security Unit (ISU), a new operational unit within the Department for Business, Energy and Industrial Strategy. Parties involved in a qualifying acquisition can submit a notification via the service’s online ‘mandatory notification form’ from 4th January 2022.

For years, the UK has been an international outlier because of the Government’s limited ability to step in on business transactions on national security grounds. Many other countries have provisions to stop foreign ownership of sensitive companies, but the UK has never had a separate foreign direct investment (FDI) screening regime.

The Government can intervene in certain circumstances where a deal raises one of the following four public interest issues: national security, media plurality, financial stability or a public health emergency. However, this power has only ever been used on a handful of occasions and no deals have been blocked because of it – although four such interventions have happened this year under existing powers.

Post-Brexit, it may be that the Government now feels it is able to bring in a stricter level of control without creating unwanted discord with the EU.

The Act has the potential to cause a number of complications for ongoing and future deals, including completion delays. Once a business has notified the ISU, the unit has 30 working days to respond. However, this doesn’t start until the notification has been formally accepted. This nuance could lead to further delays, as there is no set period in which the ISU must confirm acceptance, save for as soon as reasonably practicable.

The 17 areas that have been identified as sensitive are also incredibly broad. As a result, it is likely that the Government will be bombarded with notifications. Only in the months following the new year will it be clear whether the department has calculated correctly the resources it needs to cope with the number of notifications it receives.

As long as deals are notified early, the Act shouldn’t cause much disruption for the majority of transactions, with many deals not completing within 30 working days anyway. However, it could cause problems for accelerated M&A processes or when administrators are trying to quickly sell a business out of administration. Although most administrations involve the sale of assets, so wouldn’t be eligible for notification, if shares are involved then challenges could arise.

To prepare for this new legislation, businesses should attempt to complete any outstanding deals before year end to avoid any delays. If a deal cannot be completed in time, it’s important to put in a notification to the ISU as soon as possible. Notifications cannot be made before 4th January 2022, so ensuring that the correct information and approval has been gained beforehand is key to a smooth application process.

As soon as buyers have agreed to the terms of the deal, a notification can be sent. However, it’s vital that everyone involved in the transaction is aware of the process. Those overseas – or even in the UK – might not know of the new legislation and the extra stages that it adds to a deal.

Businesses should also be aware that if a deal isn’t cleared, it becomes subject to review, which can add a further delay of 45 working days. Throughout this review period, the ISU may ask for various undertakings before they will allow the deal to complete. The vast majority of domestic deals won’t be subject to this, but for highly sensitive or large transactions overseas, the review process is more of a risk.

Deals completed during the months after royal assent in April 2021 can also be called in by the Secretary of State within five years, and as such, may be subject to challenge.

Should a company fail to follow the new rules, not only will the transaction become void, the purchasers and directors will also be charged with a criminal offence. Potential action that could be taken following non-compliance ranges from warnings and civil penalties, to the institution of criminal proceedings. If there are any concerns about whether a transaction would have been eligible for notification under the Act, then businesses can apply for validation to give peace of mind, using a retrospective validation application form.

Only time will tell whether the Government is prepared for the wave of notifications it will no doubt receive in January, and the impact that this new Act will have on deals. If the notification acceptance period becomes longer than the 30 working day delay, it is possible that changes will be made to enable businesses to complete without approval from the ISU. However, this is speculation, and any alterations to the Act are unlikely to happen until it has been in play for a number of months.

For businesses currently carrying out deals in sensitive sectors, a few late nights pre–New Year to ensure completion may be worth it to avoid an extra month of delay in 2022.