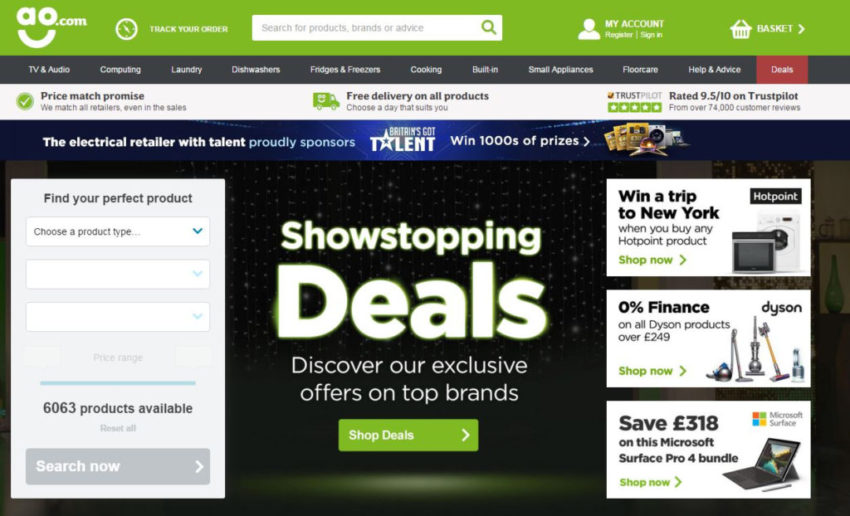 AO World has seen sales rise and losses narrow, but warned that a “challenging” market would see the online firm rely on its second half  performance to meet annual expectations.

The online electricals retailer posted an £11.7 million operating loss in the six months to September 30, down from £12 million in the same period last year.

Revenue for the period increased by 9.9% to £404.2 million, but the firm said the results come amid a “challenging backdrop” in its core UK and German markets.

AO chief executive Steve Caunce said: “This has been a half of continued delivery against our long-term strategy, thanks to a strong offer for customers.

“We expect full year results to fall within the range of board expectations, albeit more second half weighted than previously anticipated.”

AO website sales in the UK grew 4.2% to £294.3 million, with growth coming from newer categories such as audio visual and computing.

Mr Caunce added: “While we faced some operational challenges with our driver model in Germany which had an effect on our second quarter we expect to return to our targeted growth levels in Germany over the next few months.

“Our peak trading period began on November 9 with the launch of our biggest ever Black Friday and I remain confident of achieving long-term sustainable growth across the group.”