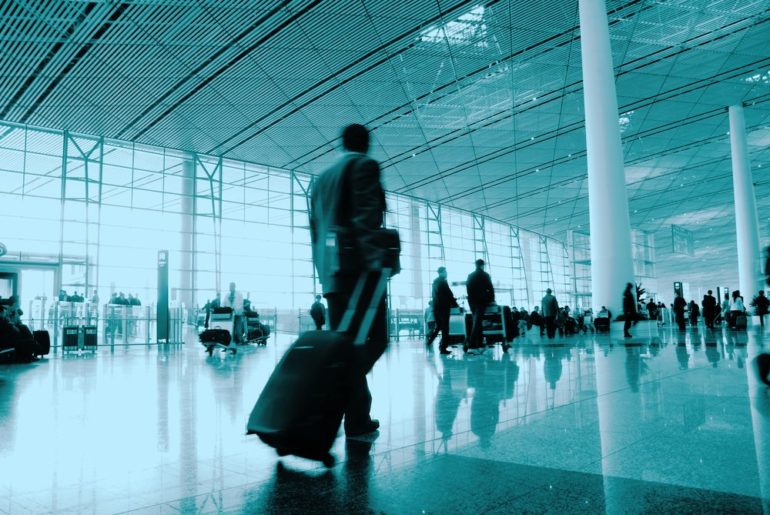 New research has revealed that those working as business consultants or in events roles are more likely to travel abroad for work than any other non-travel related sector and 21 per cent of professionals in the UK travel for business more than they do for leisure.

What’s more, 36 per cent of those required to travel abroad for work have previously been left out of pocket; having to use their own money at some point.

Business Consultants and Events Co-Ordinators were revealed to be in the sectors most likely to require employees to travel abroad for work related meetings or events, a new survey has revealed. Furthermore, the same study revealed that 36 per cent of people who had to travel abroad for their work were not ‘fully reimbursed for all associated travel costs’ and felt out of pocket at the end of the trip.

Furthermore, 18 per cent of respondents stated that, on average, they spent more than one week a year abroad for work rather than leisure. A total of 21 per cent of the respondents confessed to spending more time travelling each year for work than leisure. All respondents who admitted to travelling abroad for more than one week a year for work were then asked what job they held. Once the responses were collected, the most common jobs that required travel abroad were revealed to be as follows: Business Consultant, Events Co-ordinator, Government role, Teacher (languages), Tech development, Sales, Photographer/ Videographer, Business development, Journalist and Banking / Finance.

One third of those who were required to travel for work admitted that they felt as if they had not been ‘effectively reimbursed’ for the full costs of the time spent abroad on business, including travel and accommodation costs, with taxi charges being the most difficult expenses to have refunded. However, it was hotel bills that caused the largest losses for respondents; 10 per cent of respondents at a loss revealed they were more than £1000 out of pocket due to hotels booked for work travel abroad.

According to the poll, when respondents were asked if they enjoyed their work related travels, 62 per cent responded ‘only very occasionally’ or ‘no, never’. When those who had lost money travelling for work were asked if they thought the expense was justified for the experience of visiting a different country, 84 per cent of respondents replied ‘no, absolutely not’.

All respondents were asked about the strangest costs they had ever tried to have reimbursed following a trip abroad for work. Once the responses were collected, the most unusual things claimed on expenses included ‘strippers to entertain clients’, ‘buying gifts for relatives of the company management team’ and ‘elephant rides’.

Chris Clarkson, Managing Director of www.sunshine.co.uk, commented on the findings: “Though some people seem to be lucky enough to get away with putting some entertainment on their business card when they travel, it’s a shame to see that so many people struggle to enjoy themselves when they’re off around the world on business. Don’t be afraid to add a few days on the end of your business trip if you can get away with it so you can take the time to find some fun wherever you end up; consider it a city break with occasional meetings, rather than the other way round!”