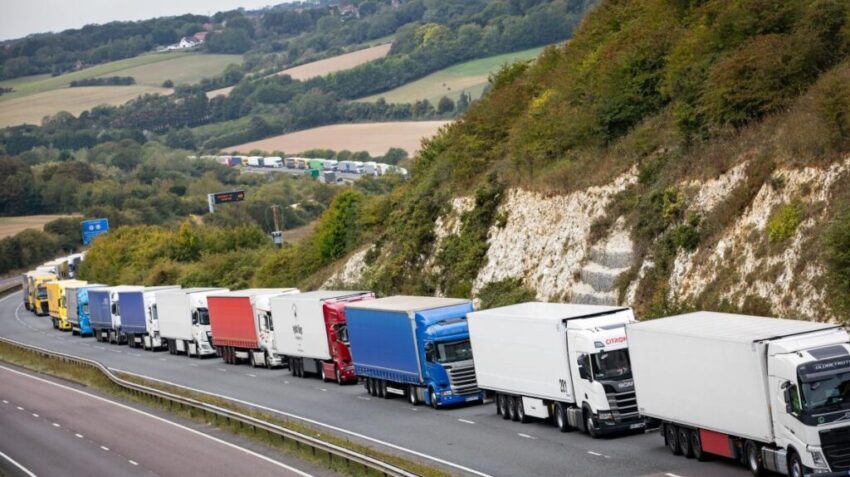 Lorries will require a government permit to enter Kent under plans to prevent chaos at cross-Channel sea ports at the end of the year.

Michael Gove, the Cabinet Office minister, said that drivers who did not have the correct paperwork to pass French customs could be stopped by police using automatic number-plate recognition technology. They would be turned around and the drivers issued with £300 fines as part of efforts to prevent tailbacks and chaos at ports.

Updating MPs on the government’s Brexit preparations, Mr Gove said that in a “reasonable worst-case scenario” only 50 to 70 per cent of large businesses and 20 to 40 per cent of small and medium-size enterprises would be ready for strict EU requirements.

“In those circumstances that could mean between only 30 per cent and 60 per cent of laden HGVs would arrive at the border with the necessary formalities completed for the goods on board,” he said. “They’d therefore be turned back by the French border authorities, clogging the Dover to Calais crossing.”

Mr Gove said this could lead to queues of “up to 7,000 HGVs in Kent”. To prevent this the government plans to require all lorries crossing the Channel to have a “Kent access permit”.

The online permit would be issued to drivers who confirmed that they had all the correct paperwork using an online Smart Freight app. Anyone who had not made the declaration could be stopped by police and highways staff and turned back and the driver fined.

Ministers are concerned that if the UK strikes a Brexit deal with the EU this could lull businesses into a false sense of security and mean that fewer prepare for customs rules that come into force at the end of the year. Mr Gove said government surveys suggested that only a quarter of all businesses that export to the continent were fully prepared for the new rules regardless of whether a deal is struck. About half think that Britain and the EU will extend the transition period despite it now being too late for that.

Mr Gove said a Cabinet committee charged with making preparations for the end of the Brexit transition was meeting “almost daily”. He added: “We also need businesses to prepare.”

Rachel Reeves, the shadow Cabinet Office minister, said: “The news that there could soon be tailbacks of 7,000 lorries is quite extraordinary.

Damian Green, Tory MP for Ashford, asked for a guarantee that the Smart Freight system would be fully up and running from January. “The prospect of 7,000 trucks queuing to cross the Channel will send a chill through my constituents because we know what effect that has on all the roads in Kent and it’s disastrous,” he said.

Elizabeth de Jong, at Logistics UK, said it would be a “huge challenge” for the government and the haulage sector to be ready for the end of the year.

The announcement led to some wry ridicule from opponents of a hard Brexit.

“I think we all need to be clear as to who is responsible for this extraordinary state of affairs,” David Gauke, the former justice secretary, said. “Kent access permits would not be necessary if Queen Mary had retained Calais.”