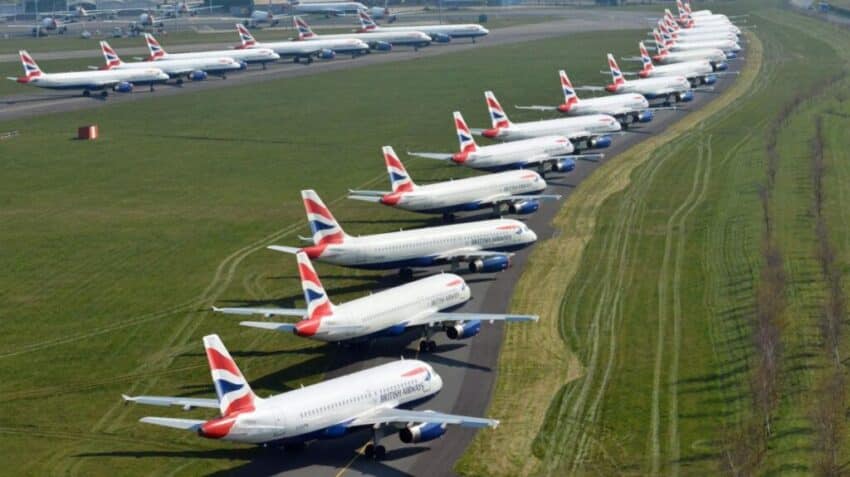 British Airways is to put thousands of its staff on full-time furlough and thousands more on reduced hours — what it is calling “flexi-furlough” — in the latest setback in the opening up of aviation markets.

BA staff were briefed on the plans today, just hours after Rishi Sunak, the chancellor, was lobbied by British airlines to extend his furlough support for the crippled sector beyond the planned September cut-off date.

The decision to send many of its 30,000-strong workforce home indefinitely from Monday follows the airline’s decision to axe 10,000 workers last year during the height of the pandemic.

It is understood that the final straw for the airline was the government’s decision to take Portugal off the green list of unrestricted air travel.

One industrial source said the timing of BA’s decision would also make political capital and embarrass the government as world leaders meet in Cornwall at the G7 summit to discuss, among other things, how economies recover from the pandemic.

BA declined to reveal the exact number of staff on furlough but it is in the thousands companywide. However, it will not put staff in safety roles on furlough, or those working in the one in four services that it expects to operate in the current trading quarter.

In a statement, BA said: “Like many companies we’re using the furlough scheme to protect jobs during this unprecedented crisis. However, it’s vital the government follows its risk-based framework to reopen international travel as soon as possible, putting more low-risk countries, like the US, on its green list at the next available opportunity.”

Sources said that the new wholesale furloughing of staff will impact all grades, from pilots and cabin crew to ground staff and head office employees. Only those in safety or operation-critical roles will be exempt.

The main BA trade union, Unite, has been at loggerheads with the airline’s management for years. However, it recognised that BA’s predicament and the extent of the latest crisis was none of its making.

“All areas of the aviation industry including airlines, airports and ground handlers are currently in the process of reviewing downwards the planning assumptions around their schedules and activity,” Oliver Richardson, Unite’s national aviation officer, said.

“This is a direct consequence of the government’s lack of transparency and its decision-making process with regards to the travel industry.

“While the rest of the UK’s industry is reducing the use of furlough and getting back to work, the aviation sector is being forced to move in the entirely opposite direction.”

BA is still operating a skeleton service despite the promises of the prime minister that the travel market would be opened up this summer.

It said that the size of its flight schedules for the key summer season were wholly in the hands of ministers and the lifting of travel restrictions and/or the introduction of safe-travel protocols.

The company’s parent company, International Consolidated Airlines Group (IAG), which also includes Iberia and Aer Lingus, has said that it is burning through cash at a rate of €200 million a month.

BA is the largest component of IAG. In the first quarter of the year the parent company racked up losses of more than €1 billion. For 2020, the group reported total losses of €7.4 billion.