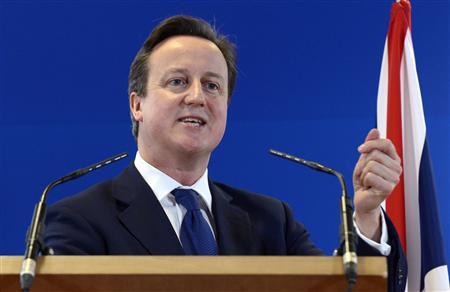 Britain’s biggest business lobby group commissioned PwC to calculate what a Brexit vote would mean for trade, investment, jobs and growth. The analysis pointed to a cost of Britain leaving the EU of as much as £100 billion — about 5 per cent of GDP — by 2020, putting nearly a million jobs at risk.

The CBI research is the latest shot across the bows of the Out campaign and could lead to accusations that the group, which represents 190,000 businesses, is scaremongering and tacitly backing the In movement.

The CBI has stopped short of formally backing the campaign to remain in the EU, opting instead to make the economic case to stay in.

Carolyn Fairbairn, director-general of the CBI, will deliver the warning in a speech at the London Business School today. “By 2020 the overall cost to the economy could be as much as £100 billion and 950,000 jobs,” she will say. “Household income in 2020 could be up to £3,700 lower than it would otherwise have been. The economy would slowly recover over time, but [it] never quite tracks back to where it would have been. Leaving the EU would mean a smaller economy in 2030.”

According to the PwC analysis, even in a scenario where a free-trade agreement with the EU is secured rapidly, there could be a 3 per cent drop in GDP by 2020, while the UK’s unemployment rate could climb two to three percentage points higher than if the UK had remained in the EU. Ms Fairbairn will say that the best-case scenario is that 550,000 jobs will be lost within four years. Meanwhile, GDP growth between 2017 and 2020 could be “seriously reduced” and possibly be as low as zero in 2017 or 2018.

The Vote Leave campaign criticised the findings as “CBI spin” and said that both the scenarios presented by the lobby group were deeply pessimistic.

Matthew Elliott, chief executive of Vote Leave, said: “The EU-funded CBI are desperate to recreate the same scare stories they spread when they urged Britain to scrap the pound and join the euro. They were wrong then and they are wrong now. If we want to take back control and strike the kind of free-trade deal the CBI refuses to even consider, the only safe option is to vote leave.”

The CBI became embroiled in a rift with Vote Leave over its stance towards Brexit, whereby the campaign group accused it of representing big businesses at the expense of the views of its smaller members. The business group countered by citing research that 71 per cent of its members with £5 million turnover or less believed that staying in the EU was in their best interests.

However, a survey by Zurich, the insurance company, published today indicates that 39 per cent of British SMEs want to leave the EU, suggesting that opinion is far from settled.

Zurich canvassed small companies and its findings showed a geographical split, with pro-EU sentiment highest in London and Scotland and about half of those surveyed in the east of England, Yorkshire and the Humber saying that they would vote to leave.

Fairbairn will also focus on the lack of attractive alternatives to full EU membership. “Current global uncertainty means that now could be one of the worst times to leave,” she will say.