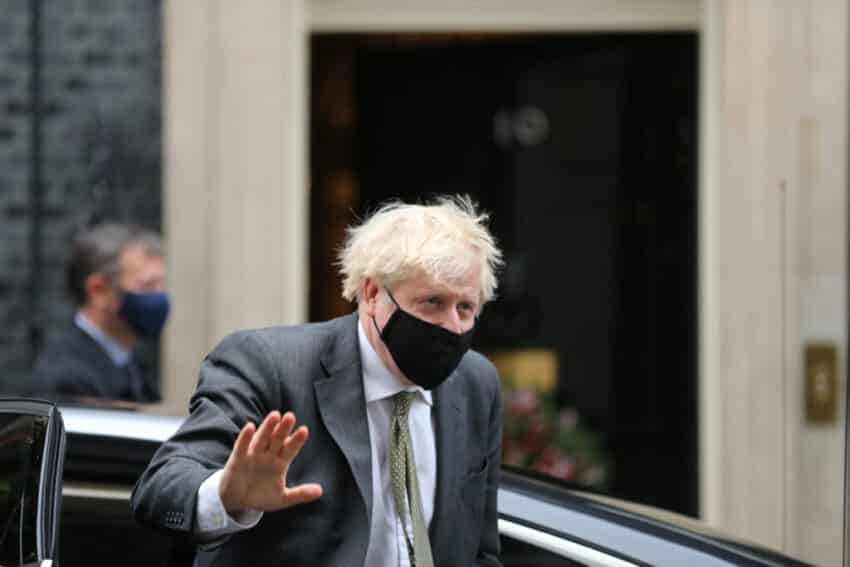 Boris Johnson will prioritise reuniting families and restarting sport as he announces a four-step plan today to unlock the country from coronavirus restrictions.

The prime minister will say that by the end of next month two households, or up to six people, will be able to meet outdoors for the first time this year.

From March 29 organised adult and children’s sport can return as outdoor facilities such as tennis courts and local football pitches reopen. It is understood that guidance telling people to stay at home will also be lifted on this date.

Johnson will also outline four new tests that will determine when and if other parts of the economy can restart. These include the continued successful deployment of the vaccine programme and evidence that jabs are reducing hospital admissions and deaths.

Overall infection rates will also have to be low enough not to risk a surge in hospital admissions from further reopening and all further relaxations could be put on hold should new vaccine-resistant variants emerge.

Downing Street said the first easings of lockdown reflected Johnson’s concern that the pandemic had been especially hard on children and on people unable to see family and friends.

The prime minister said: “Our priority has always been getting children back into school, which we know is crucial for their education as well as their mental and physical wellbeing, and we will also be prioritising ways for people to reunite with loved ones safely.

“Our decisions will be made on the latest data at every step, and we will be cautious about this approach so that we do not undo the progress we have achieved so far and the sacrifices each and every one of you has made to keep yourself and others safe.”

The comments came as:

• The government announced that one in three adults across Britain had now had a first vaccine. Yesterday a further 334,769 people received the jab, taking the total number to 17,582,121.

• Matt Hancock, the health secretary, said early evidence suggested that the vaccine cut transmission rates by two thirds, prompting calls for it to be given to children.

The plan, which is understood to run to more than 50 pages and covers restrictions in England only, was signed off yesterday by ministers on the Covid-19 strategy committee. It will be presented to the full cabinet this morning before Johnson makes a statement to MPs this afternoon followed by an early evening press conference.

The document will include four stages of lockdown lifting. The first is the March easing, which includes schools and outdoor activities. The three others will be revealed today. It is expected to cover proposals for the full reopening of the economy between now and July, by which point all adults in Britain will have been vaccinated.

A government source said that there would be “significant gaps” between each stage of reopening to allow scientists to measure their impact on infection rates and hospital admissions.

Johnson will confirm plans to reopen schools on March 8 alongside after-school activities for children. People will also be allowed to meet up with one other person from outside their household for a coffee, drink or picnic without having to exercise. From March 29 they will be allowed to meet outside, including in gardens, from either two households or in groups of up to six. However, there is less good news for people hoping to get away for an Easter break. Downing Street said there was likely to be a significant gap before the next stage of lockdown easing and ruled out allowing self-catering accommodation to open in time for the holidays.

Hancock emphasised yesterday that with almost 20,000 people still in hospital with Covid-19 time must be taken to “get this right”, adding: “The vaccination programme, while clearly going very well, will take time to be able to reach all people who have significant vulnerability, especially because we need to get the second jab to everybody.

“We need to take a cautious but irreversible approach. While we want to set out a road map which gives people guidance in terms of how we think we will be able to do this, we also absolutely will be vigilant to the data on the way.”

Professor John Edmunds, a member of the government’s Scientific Advisory Group for Emergencies, told The Andrew Marr Show on BBC One that although vaccinating all adults by the end of July would make a “huge difference”, easing restrictions rapidly would put the NHS under pressure again.

Mark Harper, the former Conservative chief whip and leader of the Covid Recovery Group of lockdown-sceptic backbenchers, said all legal restrictions in response to the pandemic should be lifted by the end of April.