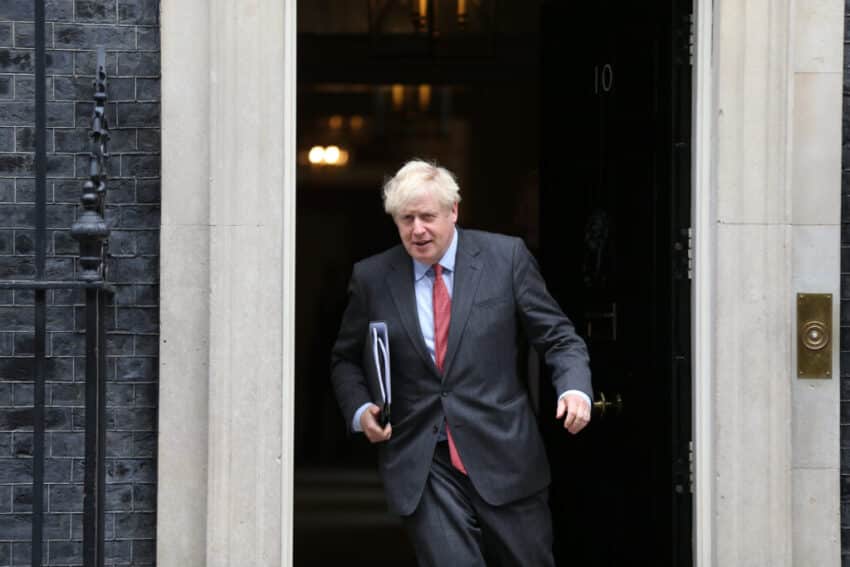 The Prime Minister has rubbished claims the UK will introduce vaccine passports for entry to places such as pubs and cinemas, insisting that rapid Covid tests will reopen “parts of the economy we couldn’t get open”.

Speaking at a Downing Street press conference, Boris Johnson said: “Doing things within the domestic UK economy… what we’re thinking of at the moment is a route that relies on mass vaccination.

“Plus, we’ll use lateral flow testing — or rapid testing — for those bits that have been the toughest nuts to crack, such as nightclubs, theatres, and those parts of the economy we couldn’t get open.”

Johnson added: “Lots of businesses are already using the potential of rapid on-the-day testing — I think that, in combination with vaccination, will probably be the route forward.”

Lateral flow tests have a turnaround time of less than half an hour and do not require use of a laboratory, meaning they can be rolled out in pop-up sites across the country.

The Department of Health last week signed contracts with three different manufacturers to produce up to 2m rapid Covid tests per day, as the government prepares its “roadmap” for reopening the country.

It comes amid speculation that ministers are mulling plans to introduce vaccine passports alongside the easing of lockdown restrictions.

Foreign secretary Dominic Raab yesterday refused to rule out the need to show proof of vaccination to enter shops and restaurants, saying the government was considering using vaccine passports at the “domestic or local level”.

But Johnson insisted this evening that the passports will not be used within the UK, though they may still pave the way for international travel to resume.

“Some countries clearly are going to be wanting to insist that people coming to their country have a evidence of vaccination, just as people insisted in the past that you had evidence that you’re vaccinated against yellow fever or other diseases,” said the PM.

Transport secretary Grant Shapps last week said he had spoken to his counterparts in the US and Singapore about the creation of an an international vaccine certification system.

“Just as we have the yellow fever card… I imagine that in the future there’ll be an international system where countries will want to know that you’ve been potentially vaccinated,” he told the BBC Radio Four Today programme.

Greece last week became the latest country to suggest it will lift current border restrictions for visitors able to prove they have been immunised, with Prime Minister Kyriakos Mitsotakis telling Reuters he was “cautiously optimistic” of a lucrative summer.

Both Denmark and Sweden have announced plans to introduce digital vaccine certificates to kickstart tourism back into action after almost a year of hibernation.

Both Denmark and Sweden have announced plans to introduce digital vaccine certificates to kickstart tourism back into action after almost a year of hibernation.