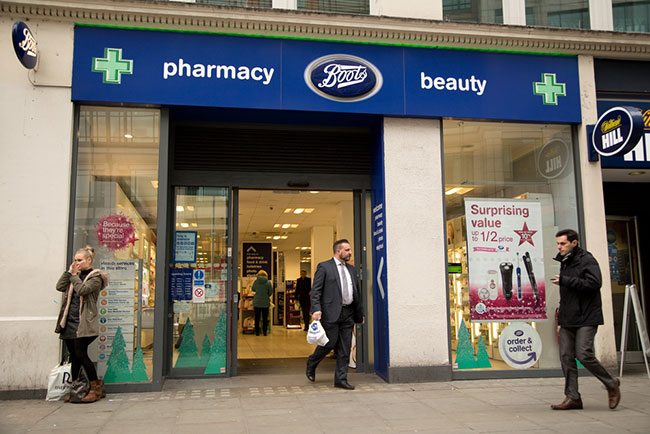 Following on from the companies takeover by US giants Walgreens, the cuts will see only head office staff based in Nottingham suffering job losses, and won’t affect workers in-store.

In a move contrary to what they announced last year, Boots have said that they will try to redeploy, retrain and offer redundancy to those affected, in an attempt to “simplify the structure of support functions. Employee’s who are set to leave or retire will not be replaced, and it was not made immediately clear as to how many people would be made redundant.

The move comes as part of a scheme which aims to cut $1.5bn, as acting chief executive Setfano Pessina, looks to upgrade Walgreens stores in the US, which are deemed more old-fashioned than Boots.

It was announced last year that the US drug store chain would be buying the 55 per cent of Alliance Boots it did not already own, having taken a 45 per cent stake in 2012.

Walgreens had hoped to make even bigger savings by moving its headquarters to Europe. However, the idea was scrapped following a public outcry in the US after Barack Obama attacked “corporate deserters.”

Company President Simon Roberts said: “Together with my leadership team, I believe this plan will make Boots even better for our customers and drive sustainable future growth.”

“We also remain fully committed to our presence in Nottingham which has been our home since the very beginning.”
“We are fully committed to doing everything we can to support all our people as we transform Boots and strive to be even better for our customers and patients.”

In August last year, Boots said they did not plan to cut any jobs and that they would keep their headquarters in Nottingham.

The cuts have so far affected the American stores more heavily, with Walgreens set to close down 200 of its 8,000 stores, as well as freezing salaries for some of its top US executives.

Boots have around 70,000 employees at its 2,511 UK stores, and their headquarters have been based in Nottingham ever since John Boot’s herbalist store opened at Goose Gate in 1848.